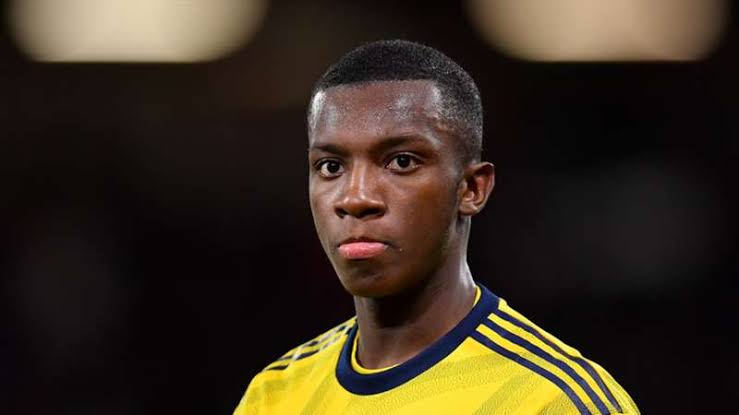 Arsenal are set to announce that Eddie Nketiah has signed a new contract, according to Goal.

The 23-year-old’s old contract expired this summer and he seemed set to leave the Emirates.

But following negotiations in recent weeks, Nketiah has agreed a five-year deal, which will run until 2027.

It is understood that as well as signing a new deal, the striker has also taken on Arsenal’s legendary No. 14.

The shirt was worn by all-time record goalscorer Thierry Henry and more recently Pierre-Emerick Aubameyang, who left for Barcelona in January.

Related Topics:ITS MINE NOW!! Arsenal Striker Nketiah To Take Shirt Worn By Henry & Aubameyang
Up Next