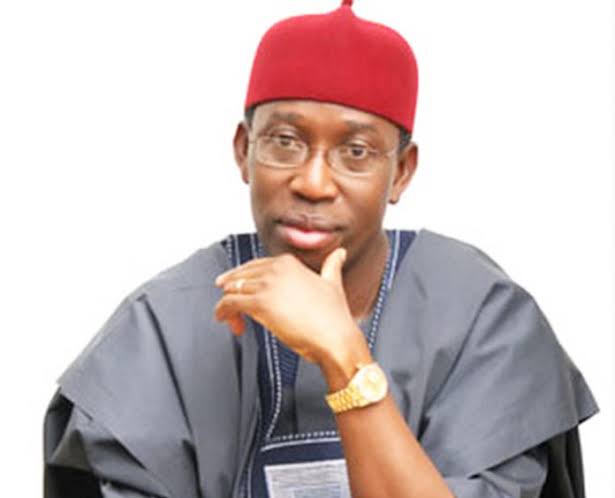 he Ijaw Youths Council (IYC) Worldwide has appealed to aggrieved Niger Delta stakeholders to thread softly in their criticisms of the Delta Governor, Ifeanyi Okowa following his emergence as the running mate to the Peoples Democratic Party (PDP) presidential candidate, Atiku Abubakar.

The IYC, in a statement in Port Harcourt, Rivers State, on Monday by its President, Peter Timothy Igbifa, said instead of pulling Okowa down, all stakeholders should close ranks and support him.

Igbifa reasoned that Okowa’s current political status remained the only strategic and major position available to the Niger Delta in the entire arrangements for the 2023 general election.

He said: “The only best political position available for us in the Niger Delta now is the ruñning mate and Okowa has been selected to represent the region which could have been any other. If Okowa’s PDP wins, the Niger Delta will have the opportunity of occupying the position of Vice-President again.

“The South already has two presidential candidates from other political parties but doesn’t have any other position bigger and better than a running mate in the Peoples Democratic Party( PDP). This region’s interest is paramount.

”Pulling Okowa down amounts to rejecting the only opportunity that is available in that political party for the region especially as the PDP is the biggest party in the region with huge followers.

”Therefore, the region should unite and queue behind him to enable them to approach the elections as either way the pendulum swings south is still represented.”

Igbifa congratulated Okowa on his emergence as Atiku’s running mate and pledged the support of the council for his aspirations.

He advised Okowa to embark on fence-mending to bring all stakeholders, including his colleagues in the region on board and carry them along in all his decisions and consultations ahead of the general elections.

“We urge them to forgo their misgivings and support the governor in the overall political interest of the Niger Delta”, he said.

Igbifa said it was unfair to accuse Okowa of betraying the region since his emergence as a running mate was purely the decision of his political party.

He said: “Okowa did not make himself a running mate. The PDP and the presidential candidate, Atiku, chose him. The decision of the party is always supreme and it behooves on the Delta State Governor to accept it.

“Besides, it is the prerogative of the candidate to select his running mate and since he has chosen Okowa, the only thing expected of all stakeholders is to support him.

“It is high time the Niger Delta stopped the pulldown syndrome. They should emulate their northern counterparts, who despite unfavorable political decisions support their own”.