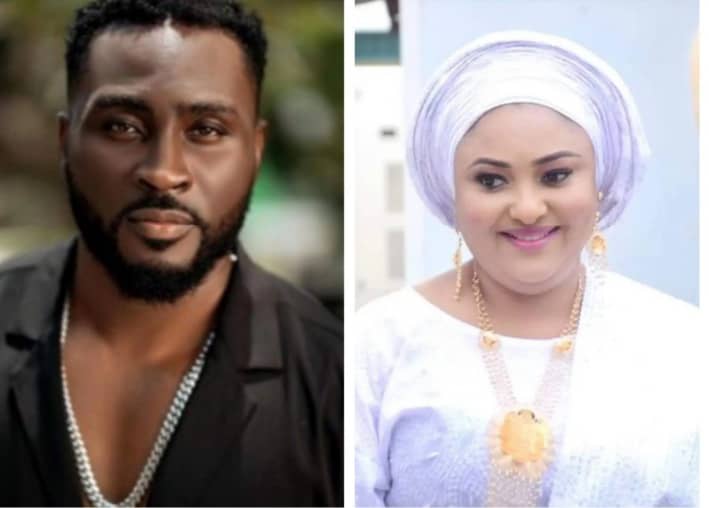 A popular journalist by the name Jackson Ude has replied to former Big Brother Naija Housemate Pere Egbi over his denial of his alleged amorous affair with the First Lady of Kogi State, Mrs. Rashida Bello.
As the news trends with viral views on the media, Track News Nigeria covers that Pere in a tweet debunked the speculation of dating the first lady and threatened to take legal action against the journalist and those retweeting the post.

However, Jackson Ude has in a new tweet has urged Pere to keep mute instead of attempting to flex muscles with him.

The journalist also cautioned Pere to remove his name from his tweets and also threatened to release the video of him and Kogi’s first lady.

According to Jackson Ude, he deleted his earlier post because some senior official pleaded with him as gathered by the Track News Nigeria.

He wrote: “Who the hell is BBNaija Pere Egbi? They better advise him to keep quiet. If I hear or see my name on this mention again, I will release the video and damn it. I deleted the earlier tweet because senior officials pleaded. But If he wants to flex muscles with me, try me.”

Related Topics:Journalist Jackson Ude Threatens To Release Video Of His Alleged Affair With Kogi First Lady
Up Next

“I’ll not betray my conscience” – Oyetola