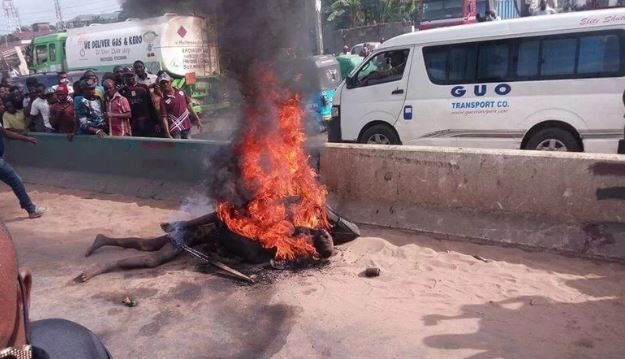 Tracknews gathered that two armed robbers were involved in the motorcycle snatching but one escaped while the other was killed by the mob.

According to an eyewitness, who declined to be mentioned,

“The suspects were initially two in number but one took to his heels after allegedly stealing the motorcycle.

“One was caught and was instantly lynched to death, while the other one scampered for safety.”

Narrating further, he said some commercial motorcyclists ran after the suspected thieves and caught up with one right in front of the market.

A passerby, who spoke on the condition of anonymity, added that the suspect is a notorious motorcycle thief from Agwa in the Oguta council area of the state.

The spokesperson of Imo State Police Command, Michael Abattam, when contacted promised to call the DPO to intimate him of the incident.