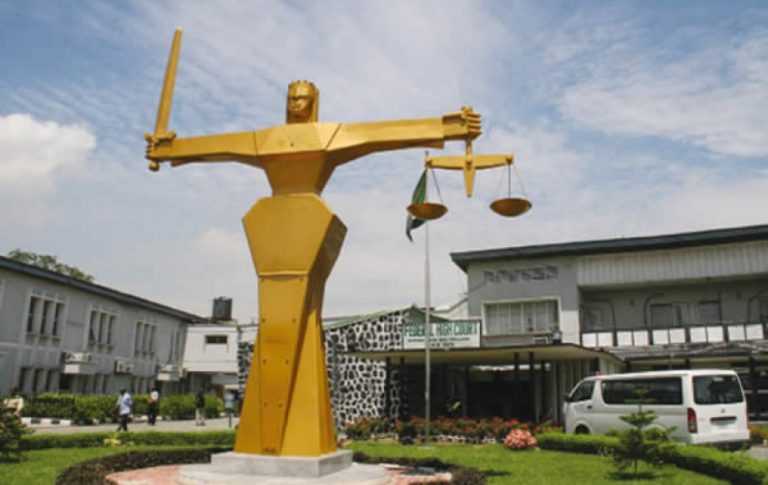 A Federal High Court in Abuja has discharged and acquitted Mrs. Ochuko Momoh, wife of a former Managing Director of Pipelines and Products Marketing Company, Haruna Momoh and five others on money laundering related charges.

In a judgment on Thursday, Justice Taiwo Taiwo held that the prosecution failed to discharge the burden of proving its case against the defendants beyond reasonable doubt.

Justice Taiwo, who also ordered the discharge of an earlier interim forfeiture order made against Mrs. Momoh and her two firms – Blaid Construction and Blaid Farms – noted that the case of the ICPC was based on mere speculation and conjecture.

The ICPC, in the charge marked: FHC/ABJ/CR/278/2019, accused Momoh of laundering funds estimated at about N3 billion through her companies – Blaid Construction and Blaid Farms.

Azuka Agozi was allege to have reneged on her promise to provide ICPC’s investigators with documents relating to the contracts Energopol Nigeria Limited allegedly executed for the PPMC, for which it was allegedly paid huge sums.

The ICPC accused Stanbic IBTC of failing to report suspicious transactions in the accounts of Blaid Construction and Blaid Farms to the relevant authorities as required by law.

Related Topics:five others over alleged N3b fraudJUST IN: Court acquits ex-PPMC MD’s wife
Up Next