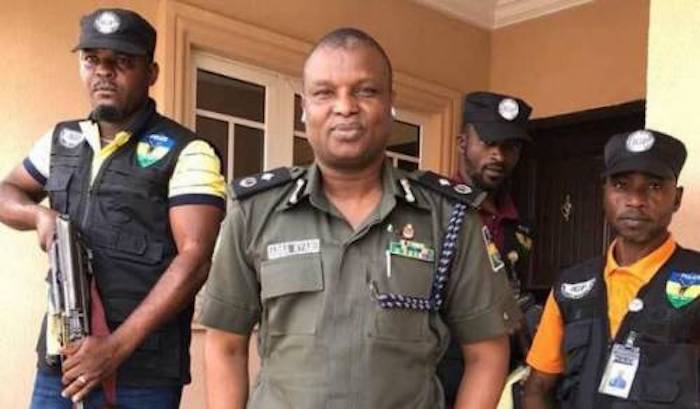 The court, in a judgement that was delivered by trial Justice Emeka Nite, convicted Umeibe and Ezenwanne on counts 5, 6 and 7 of the drug trafficking charge the National Drug Law Enforcement Agency, NDLEA, preferred against them.

It will be recalled that the duo, who were arrested at the Akanu Ibiam International Airport in Enugu while attempting to smuggle cocaine into the country, were on March 7 arraigned before the court alongside DCP Kyari and four other police officers- ACP Sunday J. Ubia, Insp. Simon Agirigba, Insp. John Nuhu, and ASP Bawa James.

Both Umeibe and Ezenwanne had upon their arraignment, pleaded guilty to the drug trafficking charge against them.

Though Justice Nwite initially adjourned to review facts of the case against them, however, at the resumed proceedings on Tuesday, the NDLEA, through the Director of its Legal Department, Mr. Sunday Joseph, informed the court that it has entered into a plea bargain agreement with the two defendants. Mr. Joseph, therefore, persuaded the court to adopt the terms of the plea bargain deal as its judgement against the defendants.

Consequently, Justice Nwite, in his judgement, convicted and sentenced the two defendants to two years jail term on each of the three-count charge against them. However, the court, which noted that the two defendants were remorseful, held that the sentence would run concurrently, commencing from the date they were arrested.

More so, the court, held that the defendants should forfeit their international passports in accordance with section 30 of the NDLEA Act, Cap M30, Laws of the Federation of Nigeria.

In line with the plea bargain agreement, the court, okayed Umeibe and Ezenwanne to testify as witnesses in the trial of DCP Kyari and the other accused police officers, even as it ordered the NDLEA to ensure their safety in any Correctional Facility of their choice.

It directed the NDLEA to constantly monitor the two defendants to ensure that they do not engage in any drug related criminal activity while serving their jail term.

Justice Nwite subsequently fixed July 18, 19 and 20 for full blown trial of DCP Kyari and his men, as well as for hearing of their fresh application for bail.

The NDLEA had in the charge marked FHC/ABJ/57/2022, alleged that Kyari, who hitherto headed the Police Intelligence Response Team, IRT, and his men, unlawfully tampered with 21.25kilograms worth of cocaine that they seized from the two apprehended drug traffickers, even as it also accused them of dealing in cocaine worth 17.55kg.

It alleged that the police officers committed the offence between January 19 and 25, 2022, at the office of Inspector-General of Police (IGP) IRT, Abuja, in connivance with one ASP John Umoru (now at large), contrary to section 14(b) of the NDLEA Act, CAP N30 Laws of the Federation of Nigeria 2004.

Besides, Kyari, was said to have attempted to bribe a senior officer of the NDLEA with $61, 400. 00 at a restaurant in Abuja to prevent the testing of part of the cocaine that was seized from the two arrested drug pushers.

On the other hand, the agency, alleged that Umeibe and Ezenwanne, conspired with one IK that is currently at large, to import 21.35kg of cocaine into the country without lawful authority and knowingly possessed same, and thereby committed an offence contrary to and punishable under section 11(d) of the NDLEA Act, CAP N30 Laws of the Federation of Nigeria 2004.

Related Topics:JUST IN!! Court Sentences Abba Kyari’s 2 Co-defendants To 6 Years Imprisonment
Up Next