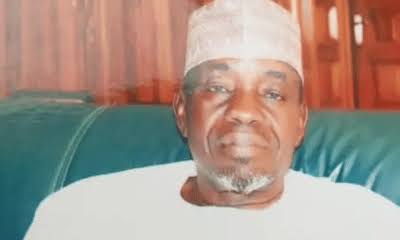 The development was confirmed by one of Taro’s sons, Nasiru.

Nasiru while speaking with Daily Trust disclosed that the kidnappers released his father three days after he was abducted.

He, however, did not reveal the details of how the former Secretary-General of NFA was released.

According to Nasiru, the former Commissioner of Sports in Bauchi State was in a stable health condition.

He further stated, “Yes, it is true he has returned home. He was released by his abductors on Monday night. Naturally, he was traumatised but after the horrifying experience, he is now okay. He is fine and we thank Almighty Allah for sparing his life.

“The family is also grateful for the overwhelming show of concern by Nigerians who kept calling to support us with words of encouragement.”

The kidnappers abducted Toro on Saturday night on Abuja-Jos road along with a former Golden Eaglets’ assistant coach, Garba Iliya.

Toro and Iliya were travelling back to Bauchi after they attended the wedding ceremony of the son of a former NFF President, Alhaji Aminu Maigari, in Abuja on Friday.