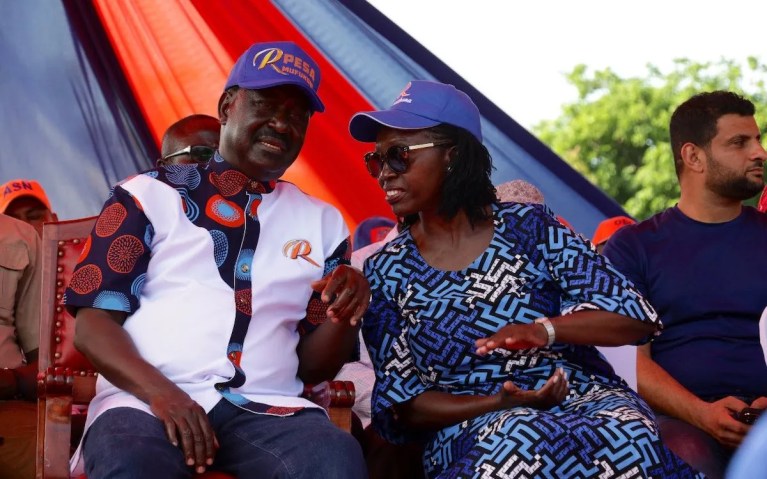 Raila Odinga, a veteran Kenyan politician, announced Monday that he has chosen the country’s ‘iron lady,’ Martha Karua, to be his running mate in the August presidential election.

“Following tense consultations, we have decided that the holder of this office has to be a woman,” Odinga said.

“History is calling us to close the gender gap in our country… cometh the hour, cometh the lady,” said Odinga, describing Karua as a reformist, fighter and a safe pair of hands.

Karua said she was “deeply honoured” to accept the nomination, describing it as “a moment for the women of Kenya”.

“Together, we can finally bring to life the dreams deferred,” she told thousands of cheering supporters in the capital Nairobi.

Rigathi Gachagua, Kenyatta’s personal assistant from 2001 to 2006, was chosen after a months-long, secretive process characterized by intense lobbying.

The 64-year-old Karua, a veteran of Kenya’s pro-democracy movement, once walked out on the country’s former autocratic leader Daniel arap Moi at a public function.

Karua, an ethnic Kikuyu, grew up in a rural area of central Kenya and was appointed a magistrate at the age of 24, before becoming an MP a decade later.

She was an outspoken supporter of former President Mwai Kibaki, defending his disputed 2007 election victory, which Odinga claimed was stolen from him. More than 1100 people were killed in politically motivated post-election violence.

The outspoken minister resigned from Kibaki and Odinga’s coalition government in 2009, citing interference with her duties.

The presidential election this year is shaping up to be a two-horse race between Ruto and Odinga, a 77-year-old former prime minister who has secured Kenyatta’s support.

Kenyatta cannot run for re-election after serving the maximum of two terms.

However, his fiery anti-establishment image suffered as a result of his reconciliation with Kenyatta.

Ruto, 54, was initially appointed as Kenyatta’s successor but was sidelined following the 2018 agreement between the president and former foe Odinga.

The selection of a deputy president will be critical in determining the winner of the August 9 election, with tribal and community allegiances influencing previous elections.

Presidents from the dominant Kikuyu tribe, such as Kenyatta, or the Kalenjin tribe, such as Ruto, have traditionally ruled the East African powerhouse.

After dozens were killed in post-election fighting in 2017, Kenyatta and Odinga announced a reconciliation, saying they hoped to end the cycle of poll-related violence.