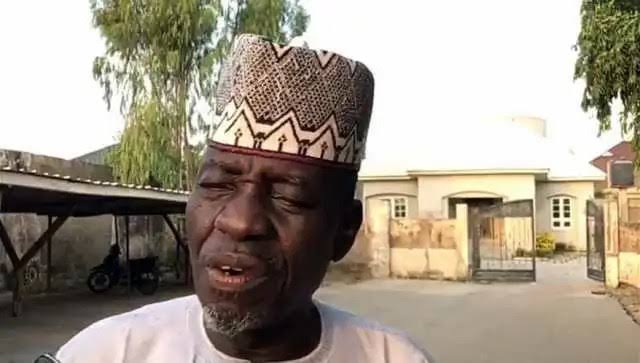 Armed kidnappers holding three men in Nigeria – including a former secretary-general of the country’s football federation – have demanded a ransom before setting them free.

Ahmed Sani Toro spent six years in his role at what is now known as the Nigeria Football Federation (NFF) between 1993 and 1999.

On Saturday night Toro, former Nigeria under-23 assistant coach Garba Ila and Isa Jah were all seized by gunmen while driving from the capital Abuja to Bauchi, having attended the wedding of former NFF president Aminu Maigari’s son.

A few hours later kidnappers “reached out to the family of Toro to confirm they have him” a source close to the family told BBC Sport Africa.

“They’ve been speaking to one of Toro’s children and making some ridiculous ransom demand which might be very difficult for them to get,” the source added.

“It’s very sad because Garba Ila had been hospitalised recently and is not in good shape.

“These guys don’t have money but are being held at gunpoint by this heartless people. It’s very sad.”

The men were taken in the north central region of Nigeria, but there are conflicting reports of exactly where the kidnap happened.

The public relations officer of Bauchi State Police, Ahmed Wakili, said the abduction took place around Akwanga road in Nasarawa, but could not give more details as it happened outside his state.

However, when the BBC contacted the Nasarawa State Police, assistant superintendent Rahman Nansel denied the incident had occurred in the state.

Another report said the trio were abducted close to Riyom in Plateau State, while the main route from Abuja to Bauchi also passes through Kaduna State.

Nigeria is struggling to curb a deadly wave of kidnappings for ransom by armed gangs, who frequently target unprotected rural communities, schools and motorists on highways.

Toro’s son, Nasiru, confirmed his father had been taken at gunpoint on Saturday night, but refused to confirm or deny if a ransom demand has been made.

A former commissioner for sports in the northern Nigerian state of Bauchi, Toro also served as a member of the state’s House of Representatives.

He was the secretary-general of the Nigeria Football Association when the Super Eagles won their second African Cup of Nations title in 1994 and qualified for their maiden World Cup finals same year.

Toro played a huge administrative role – including during bonus rows involving the NFA and players – at the 1996 Olympics football event and the 1998 World Cup in France.

Kidnappings – more often of politicians, the rich and famous – are a regular occurrence in Nigeria but footballers, officials and their families have also been targeted in the West African country.

Two years ago, former Nigeria midfielder Christian Obodo was left traumatised after he was kidnapped in the country’s oil-rich Delta state for the second time in eight years.

In January 2019, the abducted coach of Nigerian Premier League club Katsina United, Abdullahi Biffo, was released three weeks after an undisclosed ransom was paid and two months later the mother of Nigeria international Samuel Kalu was let go after being held by gunmen for six days.

Those two incidents came a year after former Chelsea and Nigeria midfielder John Mikel Obi’s father was kidnapped for the second time in seven years, before being released after a ransom of 10 million naira (about $27,500) was paid.

Back in 2007, France-based defender Onyekachi Apam was kidnapped by armed men who took his car before releasing him.

A year later, the elder brother of Everton defender Joseph Yobo was kidnapped in oil-rich Port Harcourt before being freed 10 days later.

Arsenal is set to beat Barcelona to Premier League Star