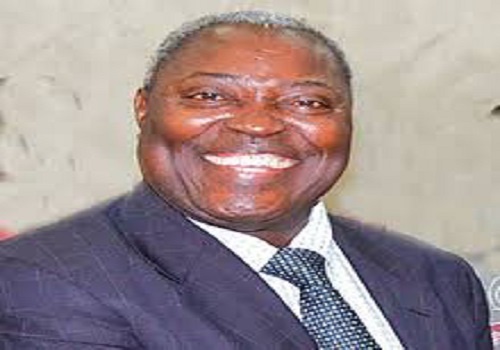 The Special Adviser to the President on Media and Publicity, Mr. Femi Adesina, has said the General Superintendent of Deeper Christian Life Ministry, Pastor Williams Kumuyi, is a great man of God whose forthrightness, integrity and staying true to his calling are worthy of emulation.

Adesina spoke yesterday at the promotion of a book, titled: Kumuyi: The Defender of the Faith, at Victoria Crown Hotel in Lagos.

The presidential spokesman noted that at a time when most men of God in the country took sides, Pastor Kumuyi remained apolitical.

He also said at a time most pastors went political, it was good to have a man who stood out.

Adesina said there is always a time in the history of the church or mankind when some people would not follow the crowd. “We are glad that Pastor Kumuyi is in that group,” he said.

The presidential aide stressed that “when Pastor Kumuyi talks, we can listen, knowing that his message is not tainted with politics, prejudice or any other consideration”.

The former Nigerian Guild of Editors (NGE) President said he was part of the first presentation, advising Nigerians to get a copy of the book.

He expressed confidence that readers would be edified, entertained and educated when they read the book.

“I want to encourage everyone to read the book and give out many copies as it is good for evangelism,” Adesina said.

He praised the editorial team that packaged the book for doing a great job.

The National Leader of International Fellowship League (IFL) Pastor Joshua Alabi said the presentation of the book was meant to promote what he called the Great Commission, or global evangelism.

The cleric cited Mark 26:15, saying: “Go ye into all the world and preach the gospel to every creature.”

He added: “Some people may be wondering: how is that related to today’s book presentation?

“At various times in history, books written about godly characters have inspired many readers and have drawn them to Christ through God’s saving grace.”

“We heard about men of God, like John Wesley, Charles Wesley, Charles G. Finney, Charles Spurgeon, and a host of others who lived their lives serving God till they died. But we only got to know about them through books written by them or about them.”

Alabi described the Deeper Life General Superintendent as “a man of our time who has given all to the service of God”.

“His ministry gave rise to what is popularly known today as the Deeper Life Bible Church. The life and ministry of the visionary, dedicated, disciplined, focused and exemplary preacher and man of God, Pastor W. F. Kumuyi, have a lot to teach us,” he added.