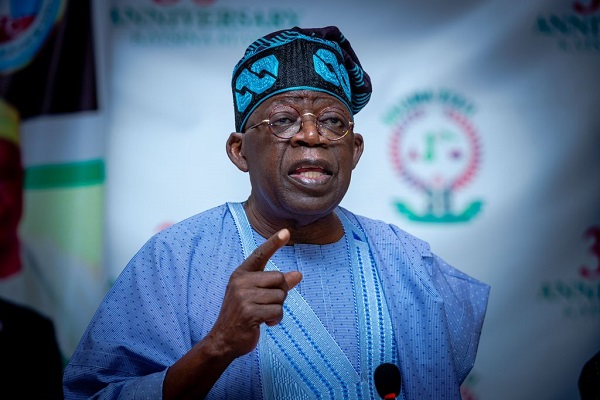 Lagos chairman of the All Progressives Congress (APC) Cornelius Ojelabi has congratulated Asiwaju Bola Tinubu on his victory at the party’s presidential primary.

Ojelabi, in a congratulatory message, said Tinubu’s victory was for all progressives who believed Nigeria would return to greatness.

He described the victory as ‘landslide and a testimony of Tinubu’s political sagacity and doggedness’.

The statement reads: “The landmark victory recorded by our father, mentor and National Leader, Asiwaju Bola Tinubu, is for progressives, who believe Nigeria can be back to greatness. It is for the unity, progress and more development of the country. His antecedents and track records testify to this and many more.

“On behalf of my family and Lagos State Executives of the APC, l congratulate our father, a strong pillar of democracy and a builder of leaders on becoming our party’s flagbearer in the 2023 general elections.”
Ojelabi also thanked the Lagos State government, under the leadership of Governor Babajide Sanwo-Olu for the support, and commended delegates for their loyalty and commitment to the actualisation of the ‘Asiwaju Project’ at the primary.”

He urged party members to continue to support for the party as the 2023 general elections draws near.

“I sincerely appreciate you all for your loyalty and commitment to the cause. I am really proud of you. This is just the beginning; we need to do more. As we approach the general elections, our bond must be tighter,” he added.