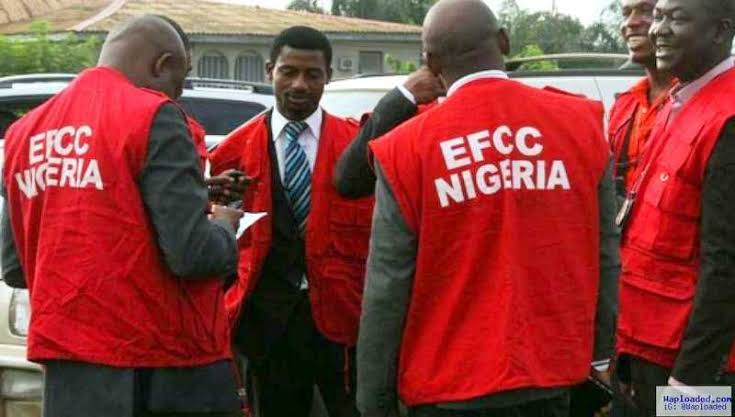 A Lagos-based businesswoman has died after locking herself in a toilet while evading arrest by operatives of the Economic and Financial Crimes Commission (EFCC).

He said the incident occurred on June 2 at No. 15 Dele Onabule Street, Magodo Brooks in Lagos.

Hundeyin said operatives of the EFCC had stormed the deceased’s house to arrest her for undisclosed reasons.

He said the woman identified as Olufunmbi Jaiyeola refused to let the officials into the building after some hours.

The PRO said the operatives later gained access to the building through the help of a family member.

He said it was discovered that Jaiyeola had locked herself away in her toilet.

Hundeyin said the EFCC got in to retrieve her but found the woman foaming in the mouth.

“EFCC reported to us at the station at around 8:30 pm. The operatives are from the EFFC office in Ikoyi,” he said.

“The woman refused to come out. She locked herself in the toilet and this dragged on for hours. She was foaming in her mouth when some family members gave them access to the toilet.

“It was suspected that she must have poisoned herself. She was taken to Lagoon Hospital at Adeniyi Jones in Ikeja where she was confirmed dead. The police visited the scene to find out what really transpired.

“But the angry family members refused to grant police access to the building. The EFCC made a statement on what happened and an investigation is ongoing.”

Related Topics:Lagos woman evading EFCC arrest dies after locking self in toilet
Up Next