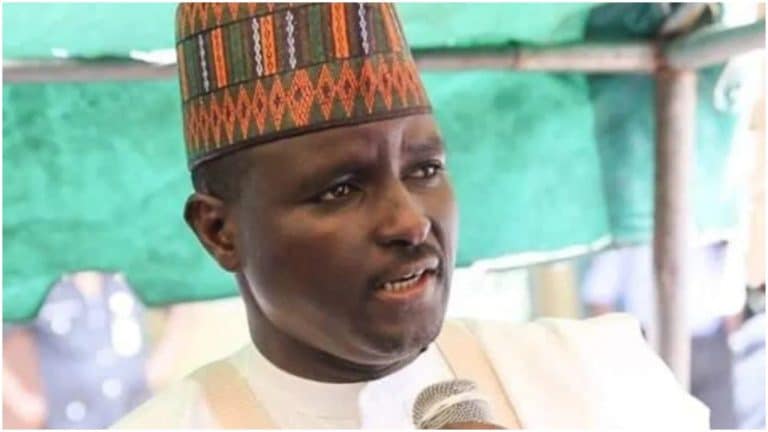 The campaign team of the All Progressives Congress (APC) Yobe North Senatorial District candidate, Bashir Sheriff Machina, has claimed that his life is in danger for refusing to step down for Senate President, Ahmad Lawan.

The group in a statement on Friday said some hoodlums are after the life of Machina for insisting on his senatorial mandate.

This comes after the ruling party uploaded the Senate President’s name on the server of the electoral body alongside its senatorial candidates across the country.

Machina had vowed not to step down for Lawan despite been approached by some people to relinquish the senatorial ticket.

The statement reads: “Information at the disposal of Bashir Machina Campaign Organisation is that there is a security threat to the senatorial candidate of APC for Yobe North, Hon. Bashir Sheriff Machina, especially in relation to his refusal to relinquish his legally acquired ticket.

“Credible sources confirmed that some people want him arrested or at worst eliminated. They have resorted to employing diabolical means over unlawful means, in pressurising him to step down.

“As Campaign Organisation, we warned that the people behind his ordeal in the last four days should be held responsible if any mishap happens to him. By this notice, we are putting everybody on red alert.”