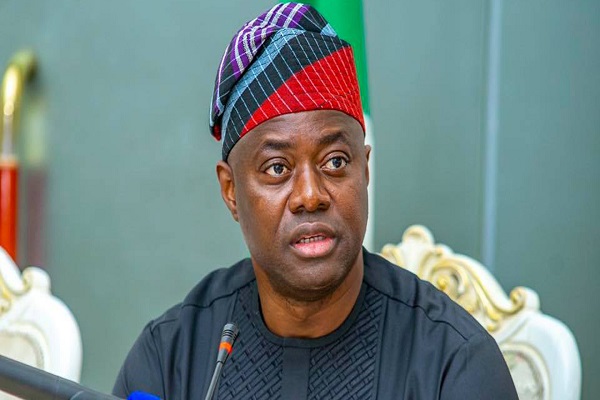 Oyo Governor Seyi Makinde has ordered the relocation of the office of his Deputy, Rauf Olaniyan to the Ministry of Environment and Natural Resources.

The relocation notice was contained in a letter signed by the Secretary to the State Government, Mrs Olubamiwo Adeosun.

The letter puts to rest insinuation as to who was behind an earlier signpost installed at the Ministry of Environment indicating the Office of the Deputy Governor.

The Nation reports the Deputy Governor recently dumped the ruling People’s Democratic Party (PDP) for the All Progressive Congress (APC).

The development confirmed the widening rift between the Governor and his Deputy.

“I thank Your Excellency.”

For almost three months, Olaniyan has been using his private office owing to the midnight rainfall that blew off his office roof and got part of it damaged.

But sources hinted that most reconstruction job of the office had been completed, safe for the finishing and awaiting the arrival of office furniture.

2023: Check List of All Presidential Candidates and Their Running Mates