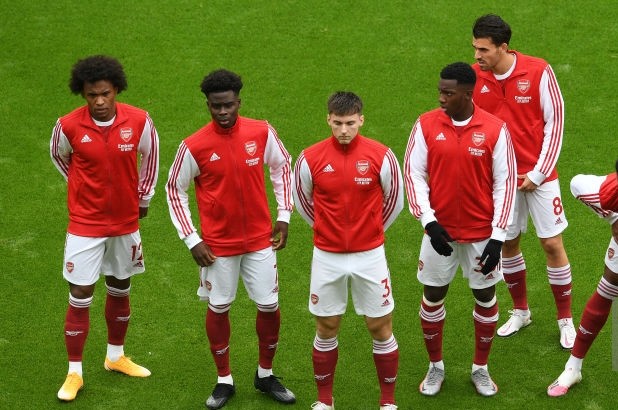 Pep Guardiola has often utilised Joao Cancelo at left-back, despite him playing on the right-hand side for the majority of his career. With Kyle Walker recently turning 32, Guardiola may consider moving Cancelo to right-back, and bringing in a new left-back this summer.

One man who is reportedly on Manchester City’s list is Arsenal defender Tierney, according to The Scotsman.

Manchester City have also been showing an interest in Brighton defender Marc Cucurella, according to The Athletic, but they could make a move for Arsenal’s Tierney if they fail with a move for Cucurella

Related Topics:Manchester City considering making a move for Arsenal star
Up Next

NFF Tired Of Maduka Okoye’s Antics, Could Be Barred From Playing For Super Eagles