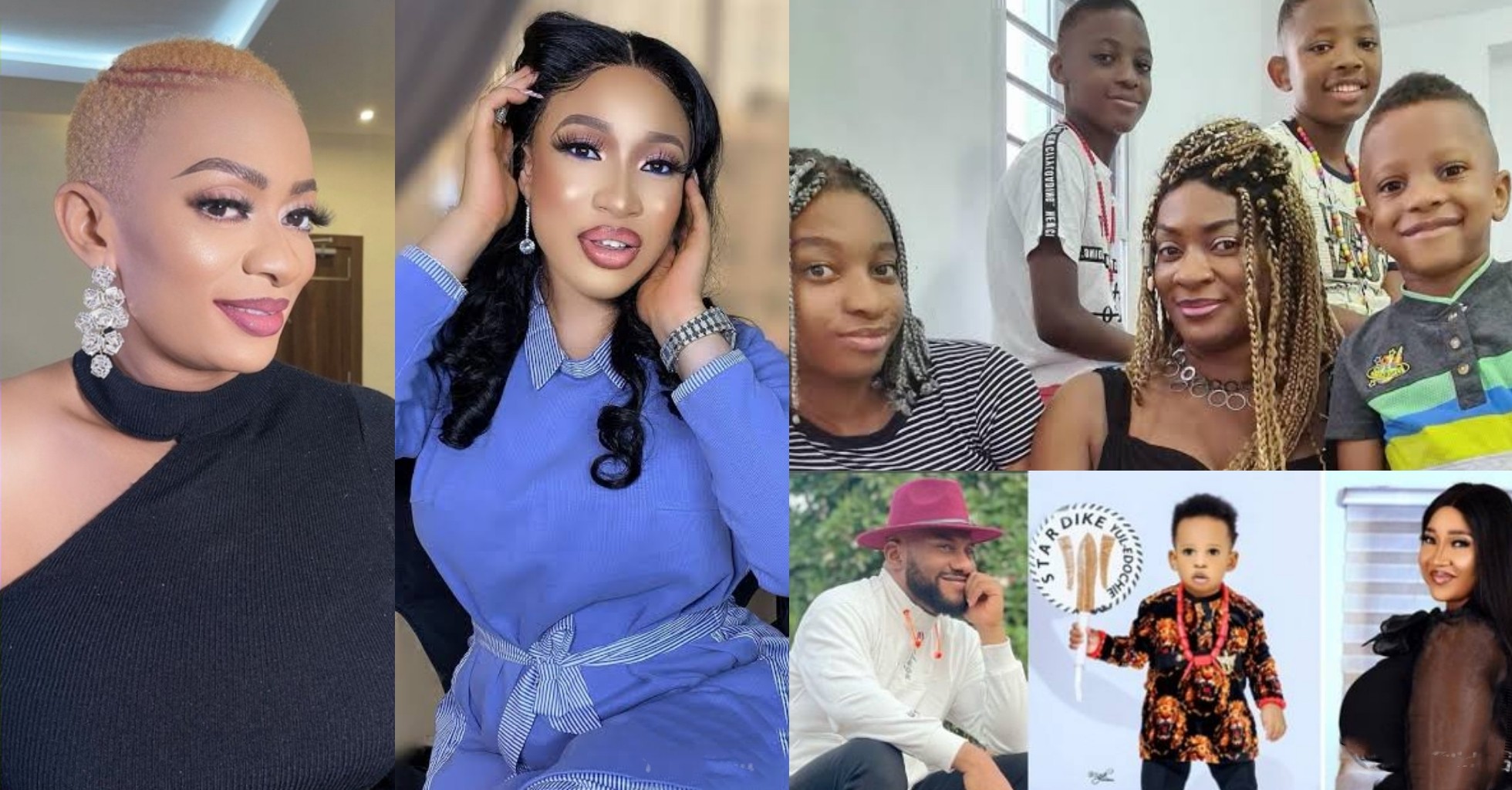 May Edochie, the first wife of Nollywood actor, Yul Edochie, has replied fan who hinted on donating money as upkeep through Actress, Tonto Dikeh amidst rumored marriage crisis.

Few months ago, May speedily expressed displeasure after her husband unveiled his second wife, Judy Austin Muoghalu, and their child and it appears that the mother of four is still hurt by the actor’s move.

Since then, the mother of four has been receiving love from her fans, friends and celebrities.

Just recently, May Edochie left fans on social media gushing after she shared a stunning video in which she was captured having fun time out at an evening event.

Reacting in the comment section, a concerned fan who commended her for holding up amidst marital crisis, explained the plans of some her fans itching to assist her and her kids by raising funds.

The fan stated that they reached out to Tonto Dikeh to champion the course with her account number for donations but the movie star has not responded yet.

“Queen May alot of people wanted to support you financially but they just didnt know how to send funds to you.

Reacting, May Edochie appreciated their efforts towards her and her kids. 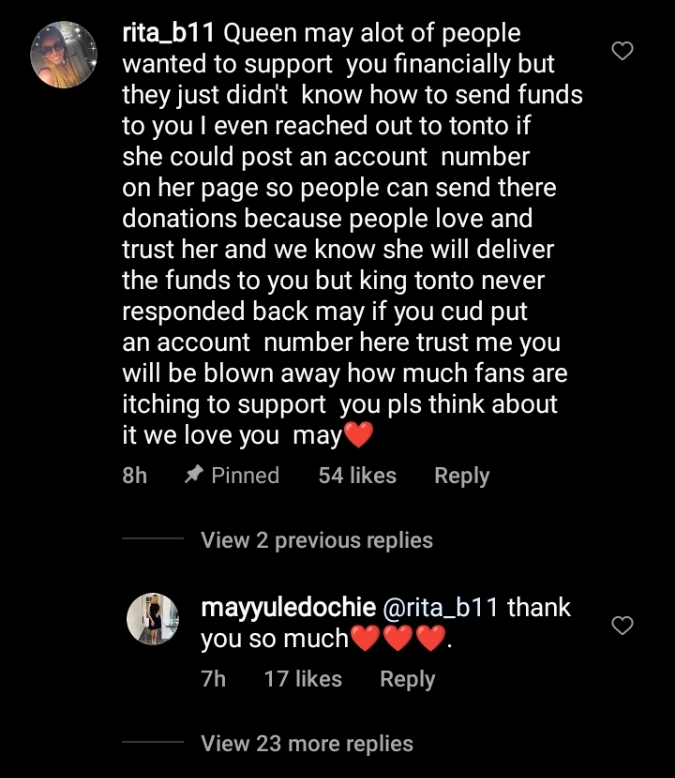 Related Topics:May Edochie Reacts As Fans Suggest Raising Funds For Her Via Tonto Dikeh’s Account Number
Up Next

“Osun is not Ekiti” – Davido says voters will not be robbed