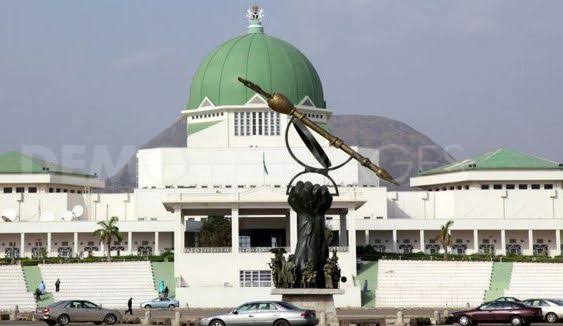 The workers of the Nigerian National Assembly has strongly vowed to commence an indefinite strike on today, Track News Nigeria has learnt.

This was issued as a press release in a statement made known to journalists by the Parliamentary Staff Association of Nigeria (PASAN) in Abuja.

PASAN, in a statement by the Chairman of PASAN, National Assembly Chapter, Comrade Sunday Sabiyi and his National Assembly Service Commission (NASC) counterpart, Comrade Ojemeri Oisamaye, explained that the indefinite strike has become vital after the failure of the management of the National Assembly to keep follow the terms of a Memorandum of Understanding (MoU) it agreed upon with the workers on full payment of arrears of salary and allowances.

“Consequent upon the expiration of the deadline of 31st May 2022, the two chapters (NASC and NASS) of the Association held a Congress today (Thursday) 2nd June 2022 and resolved to embark on an indefinite strike commencing from 12 midnight on Sunday 5th June, 2022.”

In his reaction, the Special Adviser to the Clerk to the National Assembly on Media and Labour Matters, Austen Adesoro, responded that the proposed strike as uncalled for saying it was based on misrepresentation and assumption.

Track News Nigeria gathered that the management has continued to demonstrate utmost good faith towards staff in terms of adequate welfare, some of the workers have taken it for granted by asking for more illegal allowances.

He claimed that the management cannot go beyond the provisions of extant laws and circulars to pay unapproved allowances as being demanded by the workers.

He urged d the staff to be patient, saying “management has expressed its willingness to pay all allowances at issue as soon as the Presidential Steering Committee on Salary, Income and Wages approves its request.”

He pleaded that the staff should be punctual at work and carry out their daily schedule without fear as management has put enough measures in place to ensure they are not intimidated or harassed by any person or group of persons while on duty.

He assured that security agencies will be available to ensure law and order including ensuring that no lawful staff is denied access to the National Assembly to carry out their functions.

“In as much as the union has the right to protest, management has a duty to protect its law abiding staff and will not fold its arms and allow few elements to attempt to prevent or stop staff and visitors alike from accessing the legislative arm of government,” he said.

He added that management was already making negotiations with the leaders of the union and other important stakeholders in order to resolve all grey areas that may have led to their call for industrial action at this time.