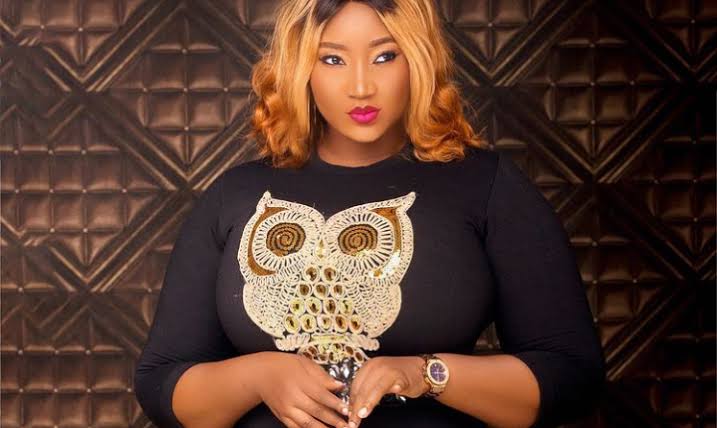 Judy Austin, a Nollywood actress and the second wife to popular movie star Yul Edochie, revealed why many Nigerians pour their frustration out on her. She also said a word of prayer to people who are angry and frustrated due to joblessness in the country.

According to the actress, a lot of people are angry at her due to her amorous relationship with Edochie who is married with kids.

Taking to her Instagram account, she wrote, “I understand that a lot of people are jobless… meaning most people are angry and frustrated!! Lord fix them. Amen!! Have a wonderful my bunnies!!!” Judy Austin wrote.

After the news broke out about Yul Edochie having a second wife, the two Nollywood stars became the talk of the town by a lot of Nigerians.

Yul Edochie decided not to give detailed information on why he married another woman but insisted that Nigerians should back off from his marital affairs, meanwhile, Judy Austin released a video showing herself and her mom.

Austin explained to her fans that she had been wondering if she should tell her story or keep it to herself.

Moreso, in a post, made earlier by May Edochie who is the first wife of the actor, she preached her faith against polygamy.

“My family and faith ABSOLUTELY do NOT practice polygamy” she emphasized.

Related Topics:Nigerians pour their frustration on me because most of them are jobless — Yul Edochie’s second wife
Up Next

“Osun is not Ekiti” – Davido says voters will not be robbed