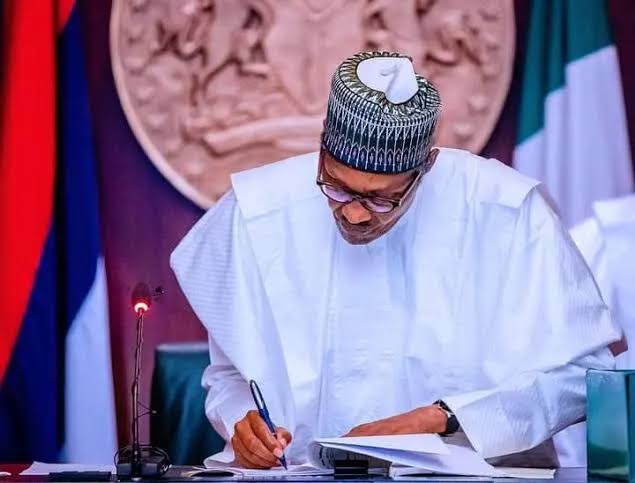 The President of Nigeria, Gen. Muhammadu Buhari, has approved the replacement of Ahmed Aliyu, who was the ex-Executive Secretary of the Nigeria Police Trust Fund (NPTF).

TrackNews Nigeria learnt that Ahmed Aliyu had earlier resigned his appointment to contest in the All Progressives Congress (APC) primary election for Sokoto State Government in compliance with Buhari’s directive.

TrackNews Nigeria gathered that Ahmed Aliyu, who is also a former Deputy Governor of Sokoto, emerged as the party’s gubernatorial candidate for the 2023 election.

In a statement on Tuesday, Buhari appointed Abdullahi Bala as his replacement.

The new Executive Secretary was born on the 18th of August, 1967 in Sokoto North Local Government Area.

He holds a Masters Degree in Political Science from Usmanu Danfodiyo University Sokoto.

He was appointed as Permanent Secretary in Sokoto State Civil Service in May, 2009.

Bala also served as Permanent Secretary in Ministries, Departments and Agencies, such as Ministries of Finance, Health and Education.

2023: Presidency Reinforce Emefiele Over His Bid