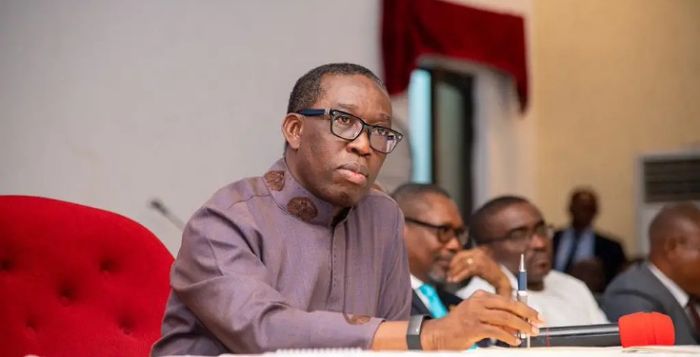 Governor Ifeanyi Okowa of Delta State has arrived at the Peoples Democratic Party (PDP) National Secretariat for his screening.

Tracknews reports that Okowa is set to be screened as the running mate to the party’s 2023 Presidential candidate, Atiku Abubakar.

This news platform had earlier reported that Okowa had been selected to be a running mate to former Vice President Atiku.

The PDP and Atiku finally settled for Okowa, dropping Governor Nyesom Wike of Rivers State, who was earlier recommended by the party’s Consultative Committee.

Related Topics:Okowa Arrives PDP National Headquarters For Screening
Up Next