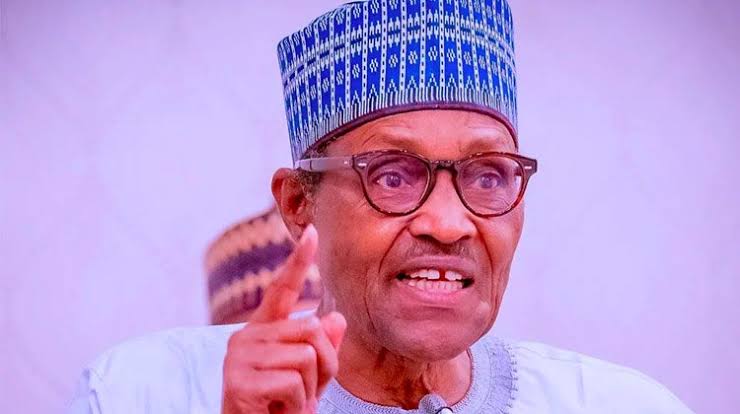 Suspected terrorists were said to have blown up the church on Sunday with many worshippers feared dead and several others injured.

Hours after the incident, Buhari said Nigeria will never succumb to the dictates of those he described as evil and wicked people.

“No matter what, this country shall never give in to evil and wicked people, and darkness will never overcome the light. Nigeria will eventually win,” the President was quoted as saying via a statement issued by his media aide, Femi Adesina.

According to the President, only fiends from the nether region could have conceived and carried out such a dastardly act, adding that eternal sorrow awaits them both on earth here and ultimately in the hereafter.

He equally mourned the dead, condoling with their families, the Catholic Church, and the Government of Ondo State.

The Commander-in-Chief also directed emergency agencies to swing into action and bring succour to the wounded.

Meanwhile, the state governor, Rotimi Akeredolu has expressed sadness over Sunday’s attack at the St Francis Catholic Church, Owo, and vowed to hunt down the masterminds of the assault.

He said this in a statement signed by his Chief Press Secretary, Richard Olatunde, shortly after the attack which killed many.

“It is a black Sunday in Owo. Our hearts are heavy. Our peace and tranquility have been attacked by the enemies of the people. This is a personal loss, an attack on our dear state,” Governor Akeredolu said.

The governor, who commiserated with the families of the victims, vowed to fish out the culprits.

Related Topics:Ondo Attack: Nigeria’ll Not Surrender To Wicked People — Buhari
Up Next