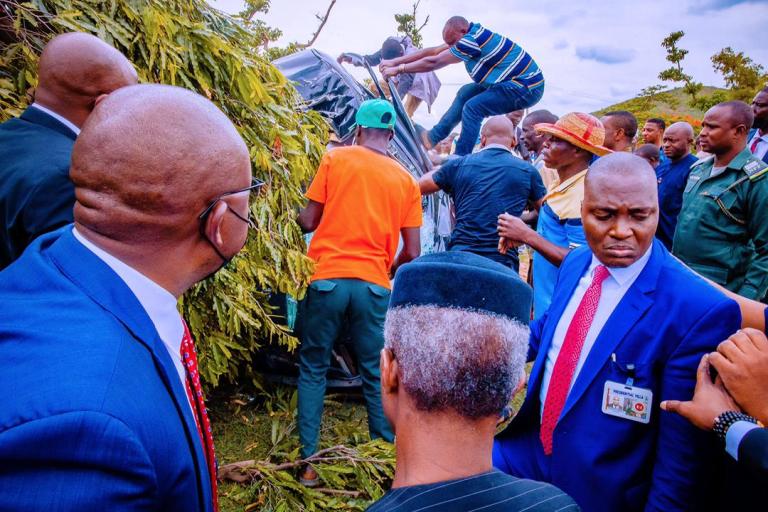 Nigeria’s Vice President, Yemi Osinbajo was the subject of reports of an accident on Monday morning.

The reports which have fast made the rounds and carried by some sections of the local media stated that the Nigerian Vice President’s convoy was involved in an automobile accident.

The Vice Presidenti’s Spokesperson, Laila Akande has revealed that Osinbajo’s convoy only waited to help the accident victims as he’s currently in Owo, Ondo State where he’s paying a condolence visit.

“On his way to the airport this morning, VP came across a road traffic accident, stopped to lend assistance, & ensured victim was taken to the hospital with VP’s convoy ambulance. He then proceeded on his trip and is now in Ondo State heading to site of yesterday’s attack in Owo. 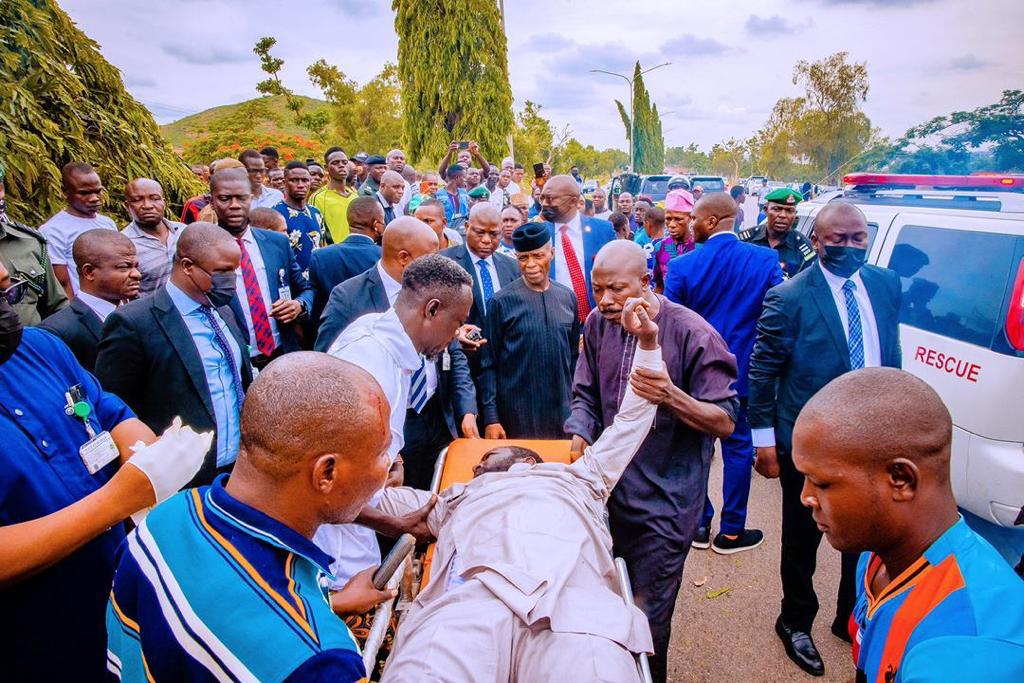 “Photos taken at the scene of the accident which occurred less than 2 hours ago. VP’s medical and security teams quickly intervened removing the victim from the crushed car which somersaulted on the opposite side of the road and got stuck on a tree. Victim now moved to an hospital.”

Osinbajo will be on the ballot later on Monday when the All Progressives Congress commences its Presidential Convention slated to end on Wednesday.

Related Topics:Osinbajo Wasn’t Involved In An Accident – Spokesperson
Up Next

I didn’t say Owo attackers were from Mali, Libya – Akeredolu