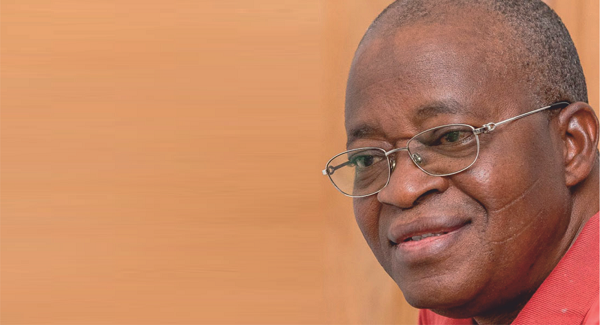 The All Progressives Congress, APC, Campaign Council for the Osun 2022 governorship election, has described as laughable and unfounded, the claim by the Peoples Democratic Party (PDP) and its candidate, Ademola Adeleke that Governor Adegboyega Oyetola was asking civil servants in the state to surrender their Permanent Voter Cards, PVCs.

A statement signed by the Director-General of the Campaign Council, Senator Ajibola Basiru, said the PDP was now running from pillar to post because defeat is already staring it in the face.

The Oyetola campaign team wondered where PDP and Ademola were when the workers’ union in the State openly endorsed the incumbent governor as its preferred choice one clear year before the election. It added that with what Governor Oyetola has done for workers in particular and generality of Osun people, he needs not coerce the electorate to vote for him come July 16.

“Ordinarily, we would have ignored the allegation by the Ademola Adeleke Campaign Council because it is laughable, unfortunate and unfounded. However, because those outside the state may be tempted to believe their lies, we felt compelled to puncture it with facts.

“It is sad that the Adeleke Campaign Council has consistently chosen the path of falsehood and misinformation as a campaign method and strategy. This is an indication that the PDP in Osun is down and it should stay down, accept its misfortune and stop making things worse for itself by polluting the political space with falsehood and propaganda.

“One, it is on record that since the creation of the state in 1991, this is the first time all workers’ unions will be unanimous in their decision to support a governorship candidate. Why does a popular and loved government need to threaten the workers that have already endorsed it for a second term? Why can’t the PDP candidate’s Council keep quiet when it has nothing meaningful to say? Must the Adeleke people embarrass themselves everywhere, everyday?

“Two, this is the first time workers will devote May Day to the adoption of a governorship candidate. They did it last year. They adopted our candidate even before his emergence. This is because he (Governor Oyetola) has consistently prioritised their welfare and fulfilled all the pledges he made to them. Our candidate has delivered the goods and the civil servants are happy.”

“Therefore, the workers on their own have resolved to campaign and vote for him because they do not want any kindergarten politician to come experiment with Osun.

“Three, this is the first time since the creation of the State that an administration will run a government for four years without any industrial unrest. If workers were not treated well, can that feat be achieved? Why do we need to coerce such people to vote for our party and candidate? They will naturally be our canvassers.

Related Topics:Osun 2022: Defeat staring PDP in the facesays Oyetola’s Campaign DG
Up Next

2023: Atiku in a make or mar choice of running mate