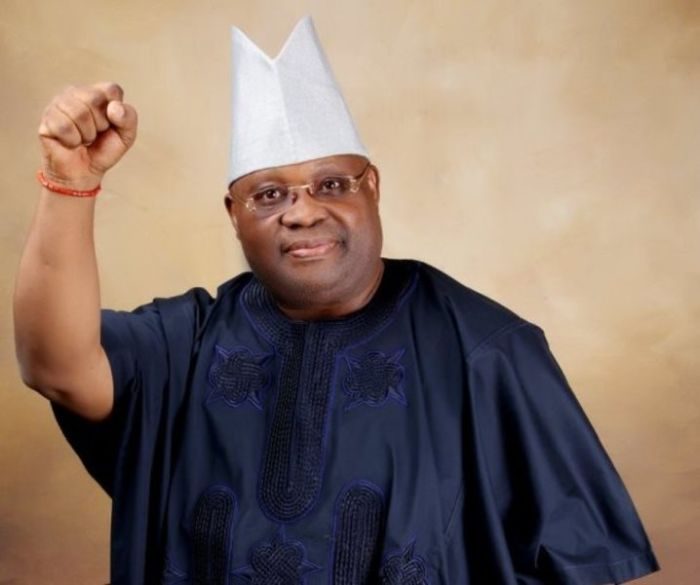 The Peoples Democratic Party in Osun State has alleged that the ruling All Progressives Congress is destroying billboards belonging to its candidate in the state’s governorship election holding in July, Senator Ademola Adeleke, across the state.

Osun PDP Caretaker Committee, Dr. Akindele Adekunle made the allegation on Thursday June 9, adding that the destruction of Adeleke’s billboards in Osogbo and other parts of the state is barbaric and plot to cause a political crisis.

The opposition party also appealed to security agencies to rise to their primary responsibilities and ensure that political thugs were put to check in the state.

“Let us, for the purpose of emphasis, warn those behind this plot that they will be matched, not necessarily by an equal measure of violence but by whatever it takes legally to resist such attempt as to intimidate the good people of Osun State or coerce them into submission.

“This will mean that we will not hesitate to mobilise Osun people against the violence that is being promoted by the ruling All Progressives Congress.

“It is on this note that we want to urge the whole world to hold the APC responsible for any breakdown of law and order in Osun as we will no longer watch destruction of our candidate’s billboards or any other attack on our campaign materials go without a response.”