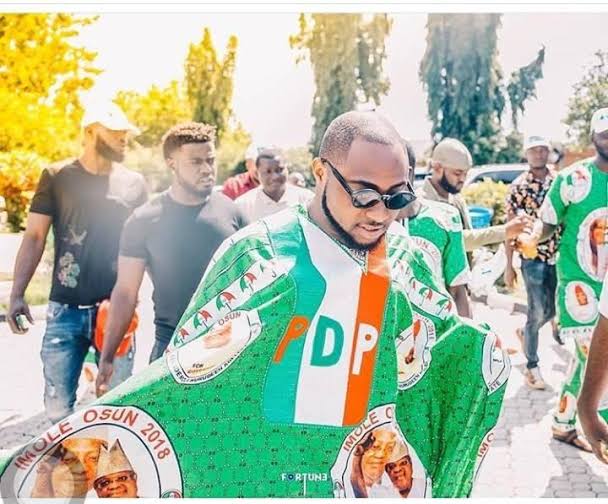 Nigerian music star David Adeleke, popularly known as Davido, has said that the votes of the people of Osun State will not be robbed from them.

The Nigerian artiste said this on his verified Twitter account on Monday, giving a contrast to the Ekiti State election that was held last week.

He wrote, “Osun is not Ekiti as our people will lawfully resist all attempts to rob them as was done in 2018 … July 16 we shall rejoice! See y’all soon but for now.”

In March, Davido’s uncle, Senator Ademola Adeleke was declared the candidate of the Peoples Democratic Party (PDP) in Osun state after the primary election that was held at the Osogbo City Stadium ahead of the election in July.

Senator Ademola Adeleke who was a senator representing the Osun-West Senatorial District in 2017 later emerged as the governorship candidate of PDP in Osun State after defeating Akin Ogunbiyi.

His nephew Davido who has been supporting the Senator took to his social media account to congratulate him.

Related Topics:“Osun is not Ekiti” – Davido says voters will not be robbed
Up Next