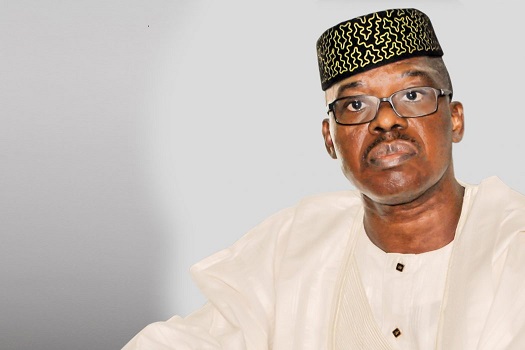 Arokodare, who insisted the PDP has no chance of winning the election, said the contest would be between the All Progressives Congress (APC) and the SDP, which he described as the ‘third force’.

The former House of Representatives member, in a statement yesterday, lamented that the PDP may be off to a poor start in 2023 with a defeat in Ekiti. He, however, said the party leadership should blame those who ‘traded the opportunity to field a popular, formidable and sellable candidate, with the pedigree to win the governorship election with ease’.

Arokodare, however, urged the Senator Iyorcha Ayu-led leadership to apply wisdom in its approach to the poll because of the prospect of winning the 2023 presidential poll in the state.

He said: “The June 18 election is now a straight fight between the APC and SDP, and Chief Segun Oni is obviously the people’s choice, the candidate to beat and the most formidable in the race.

“Ekiti was a low hanging fruit for the PDP with Chief Segun Oni, but some persons gambled away that beautiful opportunity because of ego and greed. Today, the reality is dawning on everybody that the PDP is down and out of Ekiti 2022. If you visit any part of Ekiti, it is the shout of Segun Oni, the singing of Ekiti Koya, Oto gee (Ekiti Seeks Liberation, Enough is Enough) and the mentioning of the SDP; it is sad that the PDP has made a costly mistake.

“The candidacy of Segun Oni is supported by a grand coalition of Omoluabi’s across party lines, platforms and partisan interests; he is seen as a special purpose vehicle endorsed by the people to rescue the state as our next governor. Let me also state that Ekiti is known for alternative politics, and that is what Oni represents in the coming election.”

Related Topics:PDP chief predicts victory for Oni
Up Next

All set for APC presidential primary