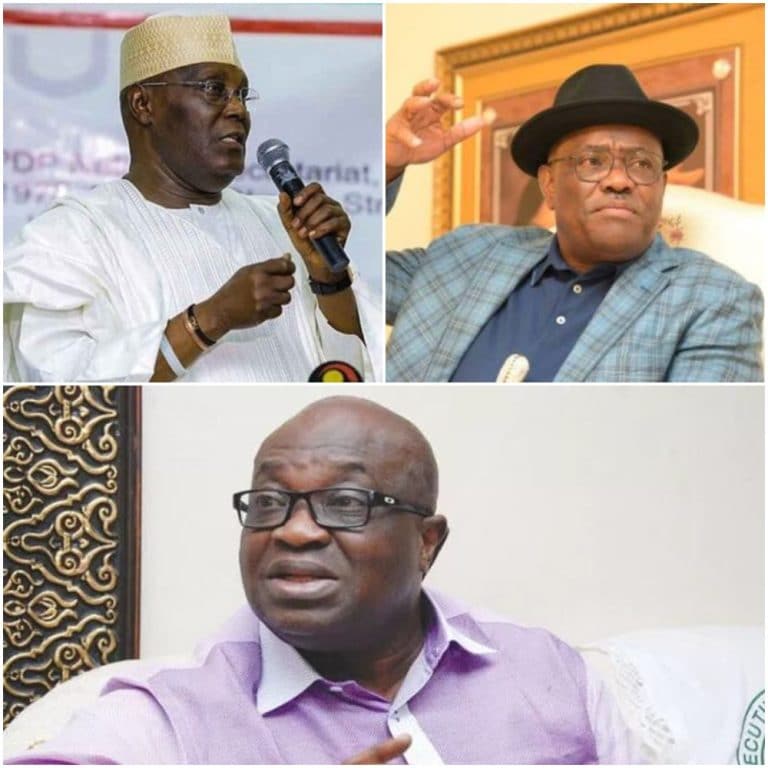 Governor Okezie Ikpeazu of Abia State has disclosed that he supported his Rivers State counterpart, Nyesom Wike to emerge as the presidential candidate of the Peoples Democratic Party (PDP).

TrackNews reports Atiku defeated all other aspirants with a wide margin to emerge the winner of last Saturday’s primary election held at the Moshood Abiola National Stadium in Abuja.

Atiku, who polled a total of 371 votes to defeat Wike who polled 237 votes, will represent the PDP in the 2023 presidential election in Nigeria.

Speaking in an interview with Dickson Iroegbu on Friday in Abuja, Ikpeaazu said he supported Wike’s presidential ambition because he was courageous and straightforward.

The governor added that he backed Wike after observing a high conspiracy against the Igbo during the clamour for the PDP Presidential ticket to be zoned to the South East.

Ikpeazu, however, stated that the South East would continue to support the PDP despite the party failing to zone its presidential ticket to the region.

He said: “My argument and my support were for a President of Igbo extraction. First of all, the conversation of how a person can become a President in a country like Nigeria that is multi-dimensional, multi-lingual, and multi-cultural requires that you engage and you talk about it.

“You would want to convince people, and in doing that, you must be strategic on how to play the politics of emergence. I said the first thing to do as a Governor is to, first of all, begin to say that the Presidency must come to the South and we met in Lagos.

“For us, my strategy was for us to get it in the South so that we can begin to micro-zone. I discovered that the conspiracy against the Igbo man is palpable. You can feel it, you can touch it.

“My support for a South Easterner is not necessarily that we haven’t taken a shot at the presidency, but because the Igbo man believes in Nigeria more than any other tribe.

“The Igbo man is not even prepared to abandon Sambisa for any terrorist or any bandit. We can trade in Sambisa. For that, we have demonstrated our Nigerians. If there is a person who believes in one Nigeria, it is an Igbo man.

”For instance, Presidency is important, but of greater importance to an Igbo man is whatever that can facilitate Trade and Commerce.

“The people of the South East can only treat people bad if they have a better option. Fire is not better than a frying pan, there is no point comparing an elephant with an ant, PDP understands and manages our mechanisms better.”

Related Topics:PDP Primary: Why I Supported Wike Against Atiku – Ikpeazu
Up Next

Why I Stepped Down For Atiku – Tambuwal

2023: Yerima Speaks On ‘Gentleman Agreement’ For Tinubu To Take Over After Buhari