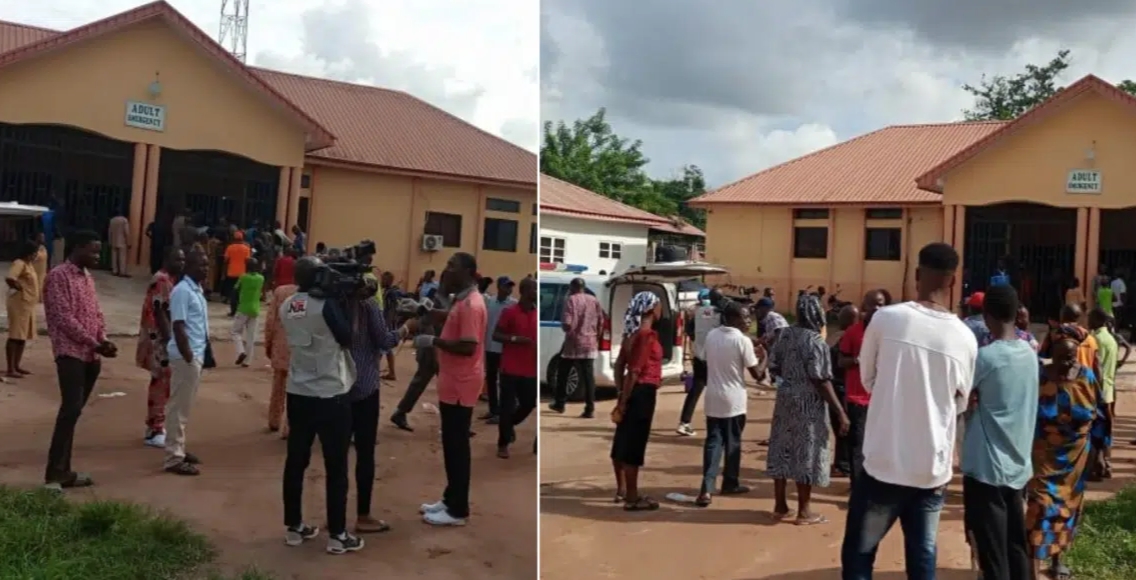 The police headquarters have disclosed that Explosive Ordnance Experts (EOE) discovered three unexploded bombs at the church premises following the terrorists’ attack that killed no fewer than 50 people at the St. Francis Catholic church, Owo.

He said the attack was carried out at about 11.30 am on Sunday.

He added that Pellets of expended AK-47 ammunition were also recovered by police investigators, while the Explosive Ordnance Devices – Chemical, Biological, Radiological, and Nuclear Explosives (EOD-CBRNE) unit confirmed the use of explosives by finding fragments of the Improvised Explosive Devices (IEDs) employed.

“The Inspector-General of Police, IGP Usman Alkali Baba has condemned in all totality, the brutal murder of innocent Nigerians in an attack on St. Francis Xavier Catholic Church, Owaluwa in Owo, Ondo state.

“The gunmen, from preliminary investigations, invaded the church with arms and materials suspected to be explosives.

“Police investigators who were part of the first responders deployed to the scene have recovered pellets of expended AK-47 ammunition, while the Explosive Ordnance Devices – Chemical Biological Radiological and Nuclear Explosives (EOD-CBRNE) unit confirmed the use of explosives as fragments of the IEDs used were found.

“After a thorough sweeping of the scene, three unexploded IEDs were recovered at the scene of the incident.

“Further investigations revealed that some of the gunmen disguised as congregants, while other armed men who had positioned themselves around the church premises from different directions, fired into the church.

“The assailants fled the scene using a Nissan Sunny car with Reg No. AKR 895 AG which was snatched from the owner, and escaped through Owo/Ute road.

“The vehicle has been recovered while the owner of the vehicle is currently assisting the police in its investigations.

“TheIGP has ordered full-scale investigations into the incident in order to bring to book the perpetrators of the gruesome killing of the worshippers at the church.

“The IGP has further ordered the deployment of specialized operatives of the Police EOD-CBRNE, police experts, and other tactical units from the Force headquarters for a comprehensive investigation, and for immediate interception of the villains.

“The Inspector-General of Police, therefore, condoles with the Ondo state government, family members, relatives, and friends of the victims who lost their lives in the unfortunate attack.

“He equally assures that the heartless killers of the harmless victims, particularly innocent children, would be made to face the full wrath of the law, while the Force will emplace strategies to forestall similar future occurrences.”