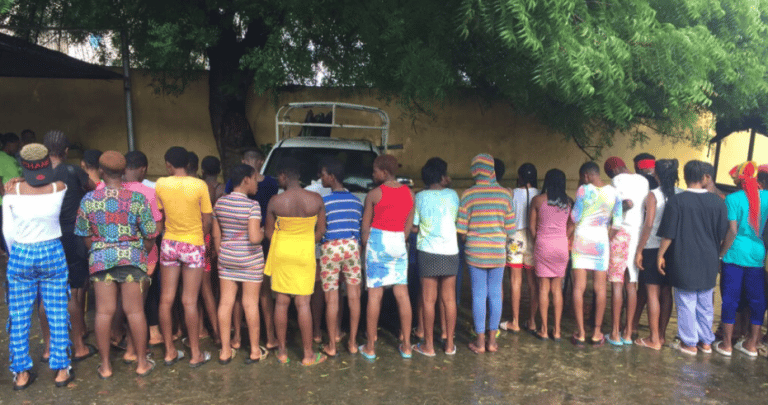 The Anambra State Police command has uncovered a hotel called Gally Gally in Nkpor region of the state, where teenagers are used for prostitution and s3x slavery.

Tracknews reports that DSP Ikenga Tochukwu, Spokesperson of the state police command, in a statement on Wednesday confirmed the discovery of the hotel, stating that the security operatives rescued 35 teenage girls, adding that about four of them are pregnant.

Related Topics:Police Uncover Hotel Where Teenagers Are Used As S3x Slaves
Up Next