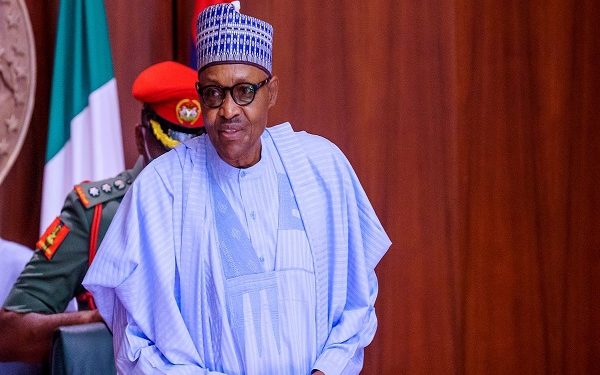 Despite his opposition to the ruling All Progressives Congress (APC) fielding a Muslim-Muslim presidential ticket in the 2023 general elections, President Muhammadu Buhari will not impose a running mate on Asiwaju Bola Tinubu, the party’s presidential candidate.

The Independent National Electoral Commission (INEC), which has set June 17 as the deadline for candidates to be submitted for the 2023 elections, has also stated that the deadline will not be extended.

Tracknews had earlier reported that some members of the defunct Congress for Progressive Change (CPC), one of the legacy parties that merged to form the APC, are insisting that it is their turn to produce the running mate.

Their argument was that when Buhari was elected as the APC’s presidential candidate in December 2014, the vice presidential slot was ceded to Tinubu’s Action Congress of Nigeria (ACN).

To this end, they recommended Abubakar Malami, the Attorney-General of the Federation and Minister of Justice; Governor Nasir El-Rufai of Kaduna and the Aviation Minister, Hadi Sirika, for the position.

However, a presidency source, who spoke with Daily Independent on Tuesday, said just like in 2014 when he rejected the choice of Tinubu, a Muslim, as his running mate, the president still believes that a Muslim-Muslim ticket may spell doom for the APC especially with the major opposition party, the Peoples Democratic Party (PDP), parading a Muslim-Christian ticket.

“One thing is clear, the president can interfere as the leader of the party but he won’t impose any running mate on Tinubu just like he did during the presidential primary where he was neutral.

It is Tinubu that is seeking the presidency and as such knows what is good for him and who can help him secure the needed votes to win the elections”, the source said.

The president on Wednesday held a closed door meeting with APC governors at the Presidential Villa in Abuja as deliberations continue on the choice of running mate to Asiwaju Bola Tinubu, the party’s presidential candidate.

Already, many prominent Nigerians, APC stakeholders and groups, especially the Christian Association of Nigeria (CAN) and the Pentecostal Fellowship of Nigeria (PFN) have publicly condemned and started mobilising their members against any party that parades a Muslim-Muslim ticket.

“The president still believes that just like in the 2015 presidential election, the APC fielding two Muslims as presidential and vice presidential candidates may not augur well for the party.

The opposition might latch on to that to get the support of the Christian community”, our source said.

Those in support of Muslim- Muslim ticket in APC had claimed that the party does not have strong, popular Northern Christian candidates that can get votes in the region for APC during the election.

However, those against the idea have pushed forward names of Northern Christians such as Governor Simon Lalong and the Secretary to the Government of the Federation, Mr. Boss Mustapha, and Yakubu Dogara, former Speaker of the House of Representatives.

Speaking with Daily Independent, a party chieftain opposed to the Muslim-Muslim ticket said the APC has enough Christians in the North to field as Tinubu’s running mate.

“Their argument that APC does not have strong Northern Christians does not hold water.

How popular was Osinbajo when he was nominated and presented to Buhari as running mate in 2014?

“We have people like Governor Simon Lalong of Plateau State who is the Chairman of the Northern Governors’ Forum. Is he not a popular party man?

“What about Boss Mustapha, the SGF, who was Adamawa State chairman of the Social Democratic Party (SDP) as far back as 1990?

“With Mustapha as Tinubu’s running mate, the APC will win because he balances the ticket and his nomination will give Christians a sense of belonging and it will also make Northern Christians comfortable in their own zone.

“A man like Mustapha brings complementary experience, capacity, exposure and maturity to the ticket. He would help to stabilise the administration from day one”, he said.

Tinubu is said to have penciled down former governor of Borno State, Senator Kashim Shetimma, as his running mate though that has not been confirmed.

Also on Wednesday, the presidency has said President Buhari takes his own decisions and carries them out without the backup of a so-called “cabal” or back room boys.

Related Topics:President Buhari Rejects Pressure To Impose Running Mate On Tinubu
Up Next

IG to officers: be professional

Nothing wrong with Muslim-Muslim for Tinubu – Kalu