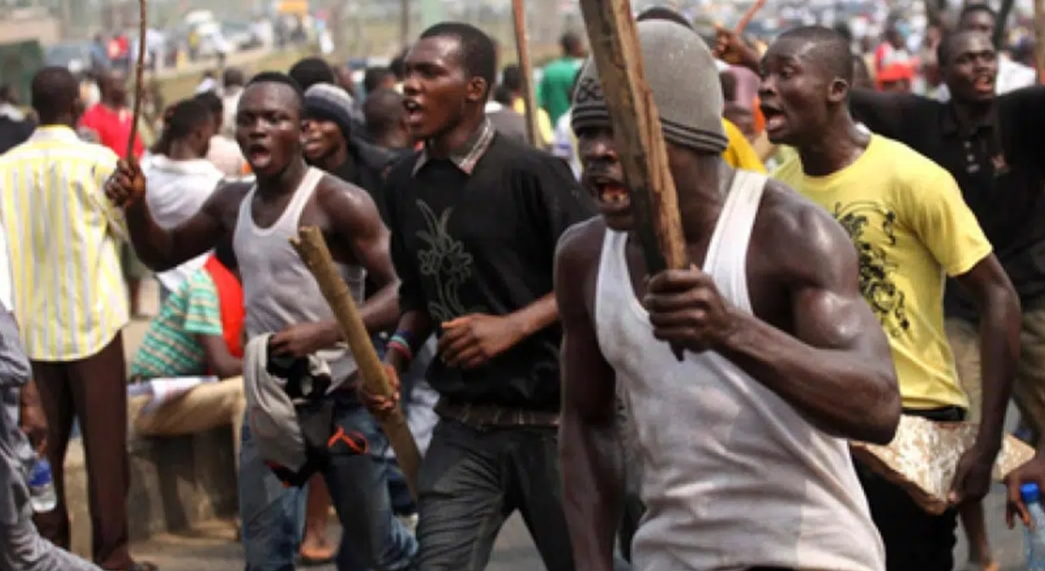 A video of Lagos thugs purportedly disrupting the voter registration process where traders from Alaba market came to get their PVC in Ojo LGA HQ has caused a stir on social media.

It was gathered that the thugs stormed the local government attempting to carry the only INEC PVC machine at the center but the crowd overpowered them.

This comes shortly after the former governor of Anambra state and presidential candidate, Peter Obi called on INEC to hasten it voter registration in the country, especially in the southeast region.

Obi in a tweet on Thursday stated that it was crucial for Nigerians not to miss out on voting during the 2023 general elections.

Obi added that INEC should find a way to address the situation.

“Information reaching me indicate that voter registration across Nigeria, more so in the South East, is dogged by inertia & bureaucratic bottlenecks. I respectfully call on @inecnigeria to facilitate speedy registration of Nigerians to enable them exercise their voting rights.-PO”

Related Topics:Reactions As Lagos Thugs ‘Chase Away’ Traders From Alaba International Market
Up Next