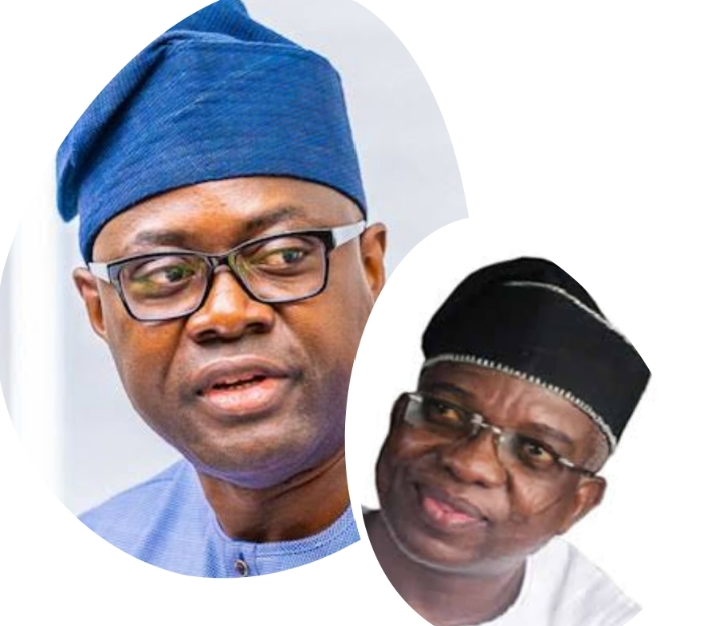 The Oyo Deputy Governor, Rauf Olaniyan, has divulged the reason he could not reject the directive of Governor Seyi Makinde for him to change his office to the Ministry of Environment and Natural Resources.

While speaking with our correspondents who visited his office to confirm his compliance with the order, he swore that he never for a day got queried for disregard to constituted authorities during his 28 years of serving as a civil servant though now retired.

He opined that the relocation of office is a normal thing in civil service, noting he had had to change offices at different times in his civil service career, adding that the notice of the relocation is more administrative than political and there would be no call of the alarm of tension in the State.

“People who know me well, know that I was in the public service for 28years and I did not receive a query for a single day. So, why should I get a letter informing me that the Governor of the State directed something and I will not comply? No, I have not been known for displaying any act of insubordination to past Governors of the state, whom I had the opportunity of working with, both military and civilian. So, why should this be an exemption? There is no reason why I should not comply.

“If I want to be sincere with you, there is nothing wrong with the directive because I can work anywhere as the Deputy Governor.

He noted that the change to his office hasn’t altered anything about his physical and mental wellness in delivering on the duties, noting he already treated some files the same day he resumed at the new office location.

He added: “This morning (yesterday) I have attended to some official issues that has to do with State Emergency Management (SEMA) on this table. My biro hasn’t changed, my handwriting hasn’t changed, the brain I was using in my former office is still what I am using here.

“I don’t know why there are so much noise about the relocation to the new office. There is nothing bad in it. There’s no harm whatsoever there. Not having money doesn’t change your name.

“In this life, there are always two sides to a coin. Every issue would be viewed from different angles by different people. And people are entitled to their views. But, one thing remains whatever I am doing here still remains in my capacity as the Deputy Governor of Oyo State.

“Whatever I do here, it is still Engineer Rauf Aderemi Olaniyan, the Deputy Governor that is working. It is not that we have changed office and things changed, there are many things that could have happened that would lead to a change of office, I don’t want to start counting how many had happened around and even to me too. I can’t recount how many times I had had to change offices while in the civil service from one place to another.”

Related Topics:Revealed: "I Follow Makinde's Relocation Order Because.." - Deputy
Up Next