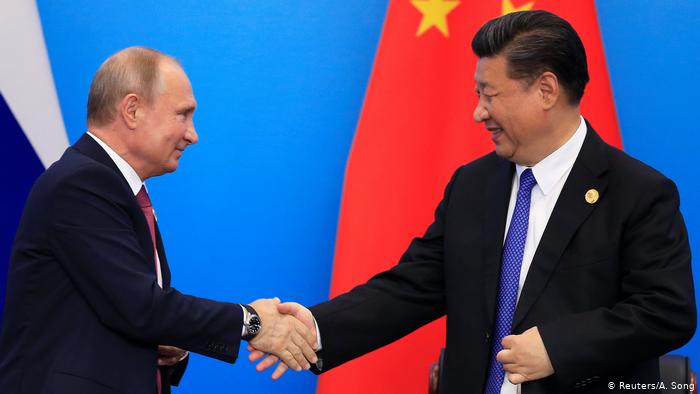 Chinese oil imports from Russia surged in May as Moscow sought new customers amid Western sanctions on many of its products because of its ongoing invasion of Ukraine.

According to Chinese customs data on Monday, Russian oil imports increased 55 per cent year-on-year in May, to about 8.4 million tons.

That was also a month-on-month increase: China imported 6.6 million tons of oil in April from Russia.

However, that put Russia in place as China’s top oil provider for the first time in a year and a half.

Meanwhile, Saudi Arabia only exported 7.8 million tons to China in May.

The shift to China comes weeks after the EU agreed to limit Russian oil imports and amid a fight about Russian gas deliveries.

European officials say that Russia is cutting off the flow of gas to punish countries that have supported sanctions levied to punish Russia for the invasion.

So far, the sanctions have left Russian gas exports untouched.

Russia had already stopped the flow to some countries for their refusal to pay in roubles, which Russia wanted to prop up its currency.

And, last week, Russia more than halved the amount of gas flowing through a key pipeline to Germany.

Russia argues that the cut is not punishment, but the result of technical problems because of a missing turbine it needs for repairs.

“This is a man-made crisis that was created by the EU,” said Kremlin spokesperson, Dmitry Peskov, in comments carried by the Interfax news agency. (dpa/NAN)

Related Topics:Russian oil imports to China swell amid Moscow’s gas fight with EU
Up Next