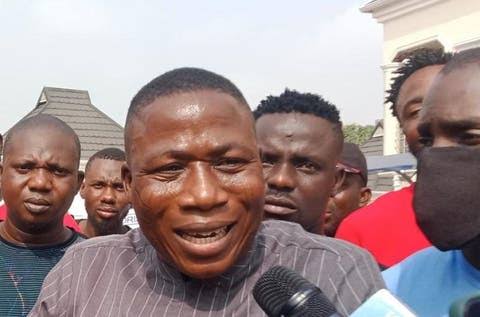 The renowned agitator of Oodua’s nation, Mr. Sunday Adeyemo popularly known as Sunday Igboho, has sworn that there is no stepping back on his demand for a separate country for the Yoruba in Nigeria.

TrackNews Nigeria has it that he stated this in a video newly released by him to celebrate the birthday of Francis Olushola Alao, Olugbon Of Orile Igbon, Ogbomosho, Oyo State.

This comes to trail the reports that he has abandoned the agitation for Yoruba nation, Igboho not only faulted the claim, describing it as a hearsay but also called on the South-West traditional rulers to reinforce the movement of Yoruba nation.

“I, Sunday Adeyemo and all those who are following me on the issue of Yoruba Nation, there is no going back for us. There are talks around that we have stopped clamouring for Yoruba nation, that is not true, it is an unconfirmed rumour. We want Yoruba Nation, we want to be free from slavery because what God has given us on our land is enough to feed us.

“I want you the Yoruba monarchs to call a meeting, come together, you can see how our people are being killed everywhere, this is not good. Please come together and support us, may you live long. Yoruba Nation, no going back.”

Related Topics:Secession: "No Going Back On Yoruba Nation" - Sunday Igboho
Up Next