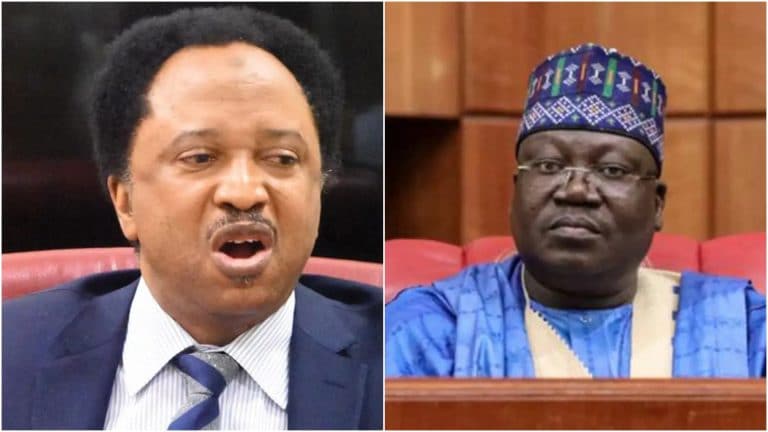 Former Kaduna Central lawmaker, Shehu Sani has reacted to the ongoing crisis between the Senate President, Ahmad Lawan and the youth leader in the Yobe state, Bashir Machina, over the party’s senatorial ticket.

Naija News reports that Machina refused to step down and hand over the senatorial ticket to Lawan despite pleas.

Trouble started after Lawan, who was amongst aspirants contesting for the APC presidential ticket, was defeated in the primary election and wanted to reclaim the senatorial ticket in his state.

Unfortunately for the Senate President, Machina who was the sole candidate in the Yobe North APC senatorial primaries as other aspirants who indicated interest were told not to contest to enable Machina hold the ticket for Lawan in case he loses the presidential election refused to hand it over.

Reacting to the development in a post on Twitter, the former lawmaker urged the Senate President to step aside and allow the young man replace him

He wrote; ”My friend Senator Ahmed Lawan has attained the peak of his parliamentary ‘career or ambition’.He should step aside and allow the young man replace him.Over two decades in the National Assembly is ok.Not many are so fortunate in life.”

Related Topics:Shehu Sani Tells Ahmad Lawan What To Do Over Ongoing Senatorial Seat Crisis
Up Next

Atiku’s Running Mate Will Be Unveiled In Few Hours – PDP