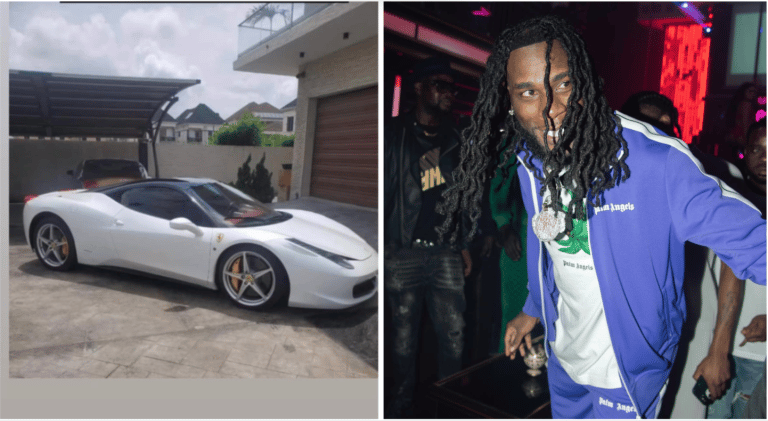 Recall that Burna Boy was involved in a bad accident with his first Ferrari in February.

Burna Boy also confirmed the news of the accident on his Instagram page stating that his leg was hurt but he was fine.

Taking to his Snapchat a few hours ago, Burna Boy revealed he has got a new Ferrari.

Reacting to the post some social media users congratulated Burna Boy while others claimed insurance covered up the loss of the first car.

sweetest__sophie wrote: “In this life have money or u go suffer”

nobul_n wrote: “Ritualism, Burnaboy is doing ritualism. Nothing you wan tell me”

daddyfreeze wrote: “Same one, just wrapped white. Check the interior and the calipers” 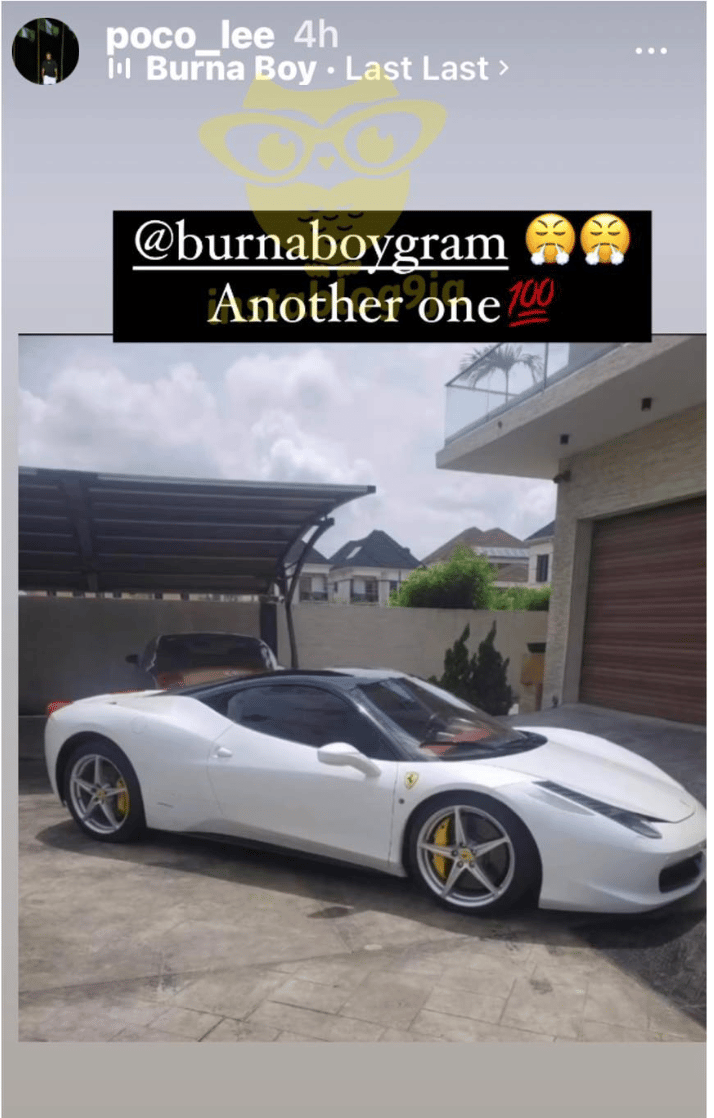 Portable that I raised never drank or smoked – Sister, Aminat