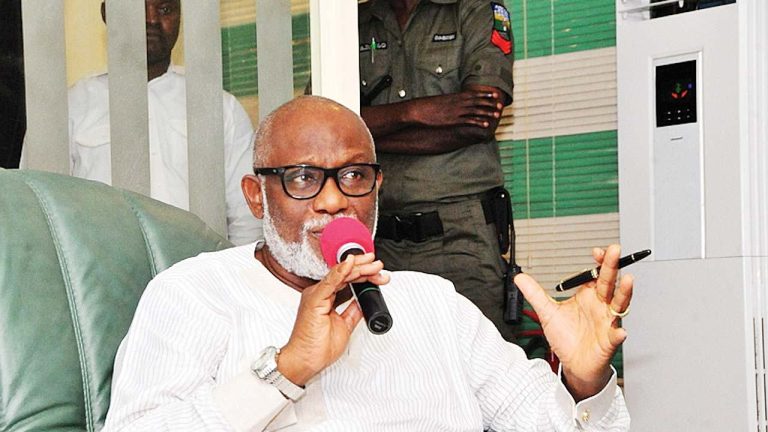 The Southern Nigeria Governors’ Forum on Saturday commended their northern colleagues for backing the power shift to the southern region in the 2023 presidential election.

The forum expressed its happiness in a statement released by its chairman, Rotimi Akeredolu on Saturday.

The Southern Governors also commended the Governor of Jigawa State, Abubakar Badaru, for withdrawing from the race after the northern governors made their stance known 2023 presidency.

TrackNews had earlier reported that APC northern governors had backed the transfer of power to the South.

The decision was taken at a meeting of the governors on Saturday night in Abuja.

The southern governor while reacting in a statement wrote, “We did not expect anything short of this heart-warming decision from our colleagues, great patriots and reliable partners in the collaborative efforts geared towards the attainment of nationhood for our dear country.

“This is indeed another landmark achievement in our quest for understanding, rapprochement and continual engagements for mutual beneficence. We acknowledge this courageous stance for equity and moral rectitude. We applaud the zeal and determination of our brothers to engage realistically and honestly.

“We salute this uncommon resolve to confront issues militating against the march towards nationhood and ultimate greatness. By this gesture, we are convinced of the seriousness of our colleagues to join other patriots in ensuring that the ascendant march towards stability, progress and prosperity is not truncated by indiscretion.

“We congratulate our brother Governor, Abubakar Badaru, for his exemplary conduct. Posterity will remember him for good. We thank the leadership of the Northern Governors’ Forum for the patriotic zest displayed at this crucial moment. We look forward to conducting a hitch-free Convention which will culminate in the election of a suitable candidate who will hoist the flag of the party with a sense of mission.”