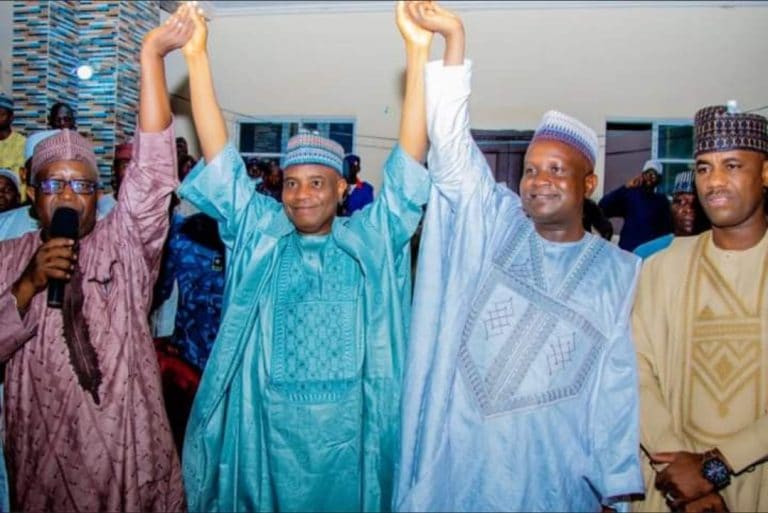 Governor Aminu Tambuwal of Sokoto State on Saturday won the senatorial ticket of the Peoples Democratic Party for the Sokoto South constituency.

The Sokoto Governor would be seeking to represent seven Local Government Areas in the Senate in 2023 if he wins the senatorial election.

Following the declaration of Tambuwal on Saturday, he would slug it out with the incumbent, Senator Danbaba Dambuwa, who recently dumped the PDP for APC.

Governor Tambuwal had previously represented Tambuwal/Kebbe Federal Constituency in the House of Representatives, where he rose to become the Speaker of the House in his third term.