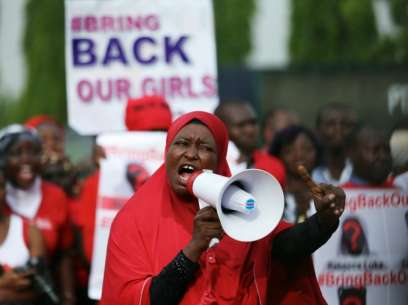 Nigerian activist, Aisha Yesufu, has reacted to the emergence of the former Governor of Lagos State, Bola Ahmed Tinubu, as the flag bearer of the All Progressive Congress (APC) for the 2023 presidential election.

Tinubu, who doubles as the National Leader of the party, emerged the winner of the All Progressives Congress (APC) presidential primary election that was held in Abuja with a total of 1,299 votes.

Reacting to Tinubu’s victory, in a video she shared on Twitter, Aisha Yesufu said what Tinubu did is not politics 101, but wickedness 100.

According to her, the presidential aspirant knows he’s not “medically and physically fit” and yet feels entitled to the position.

She compared Tinubu’s situation to knowing she has arthritis but entering an Olympic competition because she has connections, even if she knows there are other people who can win gold for the country.

She also tackled the presidential candidate of the People Democratic Party (PDP), Atiku Abubakar, stating that he has not been in the lives of Nigerians.

Speaking further, Aisha averred that people who applaud these politicians are squandering their lives and the lives of other Nigerians.

Related Topics:This Is WickednessTinubu Not Fit To Rule But Feels Entitled – Aisha Yesufu
Up Next