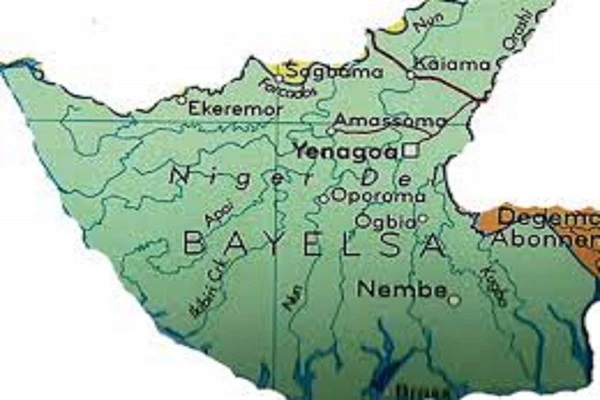 Three persons have been burnt to death in a fatal auto crash along the East-West Road near Opokuma junction in Kolokuma-Opokuma Local Government Area of Bayelsa State.

In the accident, which occurred late Monday evening, three persons sustained varying degrees of burns while three others, including a police officer survived with minor injuries.

It was gathered the accident, which left many motorists and commuters stranded for hours, shut down vehicular movements along the major expressway linking the South-South region with other parts of the country.

Eyewitnesses said the Camry car was loaded with petroleum products which sparked the fire.

It was learnt that two men and a woman were killed in the crash and burnt beyond recognition.

A senior official of the Federal Road Safety Corps (FRSC) in Bayelsa confirmed the injured victims were rescued and taken to a hospital in Yenagoa, the state capital, for treatment.

The FRSC official, who spoke in confidence, said: “The two cars were burnt and the victims in the Mazda car were burnt beyond recognition as the Camry was loaded with adulterated Premium Motor Spirit (PMS) which sparked the fire.

“FRSC officials in KOLGA with the assistance of other motorists cleared the obstruction on the road for free flow of traffic.”
The FRSC official, however, attributed the cause of the accident to speeding which resulted in loss of control.

Butswat, a Superintendent of Police, said though the details of the accident were not immediately available, “three persons were burnt to death and three sustained first degree burns. Three others were injured including a police constable.”

Related Topics:Three burnt to death in Bayelsa auto crash
Up Next