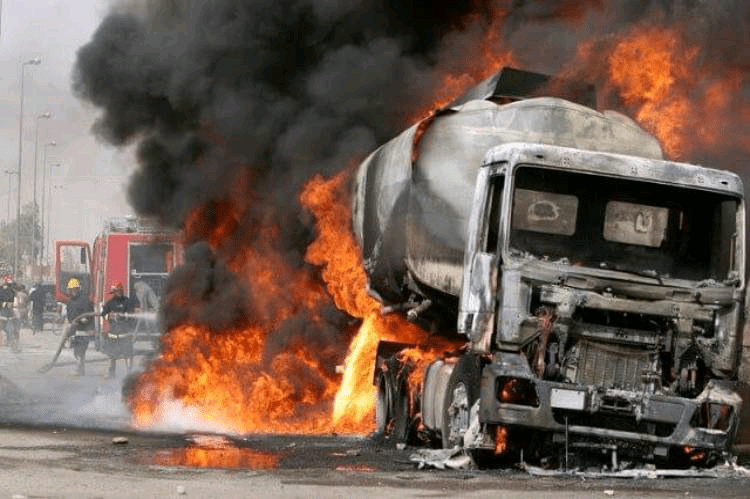 They were alleged to be involved in oil bunkering when the trucks caught fire at Chibyno filling station, along Alaoji-Ikot-Ekpene Road in Obingwa Local Government Area.

The sad development has been confirmed to newsmen by the Aba Fire Service Zonal Commander, Belenta Belenta.

Belenta disclose that the tanker operators were discharging petroleum products in the wee hour of the day when the incident happened.

The official said further that officials of the service eventually put out the inferno after mobilization.

“The police took the corpse of one of the victims from the scene to the mortuary. The other victim, who was rushed to the hospital, also did not make it,” Belenta told Daily Post.

Meanwhile, a three-storey building that collapsed at the popular Kantin Kwari textiles market in Kano state, has claimed one person while another one was injured.

According to an eyewitness who disclosed this on Tuesday, the incident occurred around 12:30 pm.

However, the source stated that they did not know what caused the collapse, but the building was under construction.

Our source added that two floors in the building were said to have been completed, while the third floor was under construction.

Also another eyewitness, Habib said the building suddenly collapsed while traders and customers were busy.

He said, “I was pushing my cart with some loads in it when I heard a thunderous sound with thick dust renting the air. I was a bit far from the place, but I saw when the building was collapsing.”

Related Topics:Two Die As Five Petrol Tankers Explode In Abia
Up Next