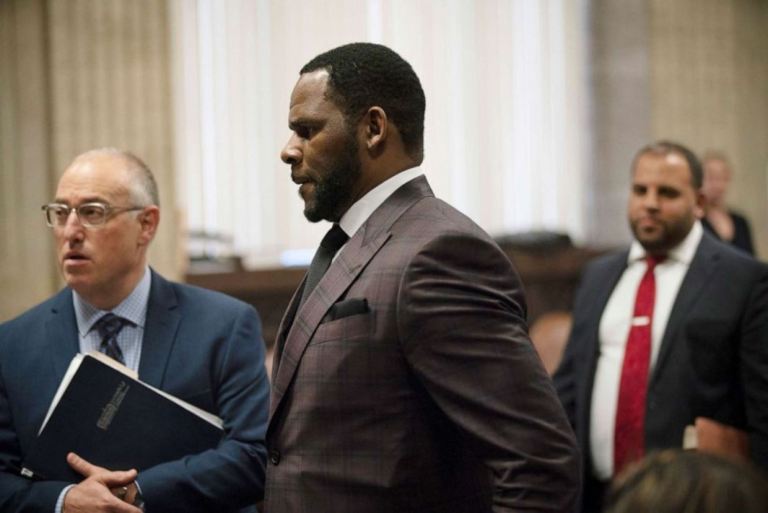 U.S. prosecutors out of the Eastern District of NY who won a conviction against Kelly last September have filed their recommendation for his sentencing, and they believe there’s more than enough reason to send him away for “in excess of 25 years.”

In the docs, the feds say Kelly’s particularly menacing because of his history of enticing minors. Prosecutors hold up the case of his relationship with Aaliyah as a prime example, saying he “began to sexually abuse her when she was just 12 or 13 years old.” As they laid out in the trial, Kelly went on to marry her in an attempt to cover up that abuse and dodge criminal charges.

Other reasons prosecutors want the judge to throw the book at Kelly include his recordings of child pornography and the “physical and psychological” abuse of women. Of course, much of that was detailed in the “Surviving R. Kelly” documentary, things like Kelly making women call him “Daddy,” violent spankings if they disobeyed his rules, and prolonged isolation as punishment.

They also say Kelly knew he had genital herpes in 2004, but continued to have sex with women without telling them.

The feds are particularly concerned because they say Kelly continued doing all of these heinous acts even after he’d been arrested and gone on trial in 2008.

And there’s this as we all know, R. Kelly has an impressive catalog of hits, and prosecutors say that led him to believe “his musical talent absolved him of any need to conform his conduct, no matter how predatory, harmful, humiliating or abusive to others, to the strictures of the law.”

Add it all up, and the feds say that’s why they’re recommending the judge put Kelly behind bars at least until he’s well into his 70s. He’s currently 55, and sentencing is scheduled for June 29.

Kelly is still facing another federal case out of Illinois, plus a state trial in Minnesota.

Related Topics:U.S. Prosecutors Recommend 25 Years Behind Bars For R. Kelly
Up Next