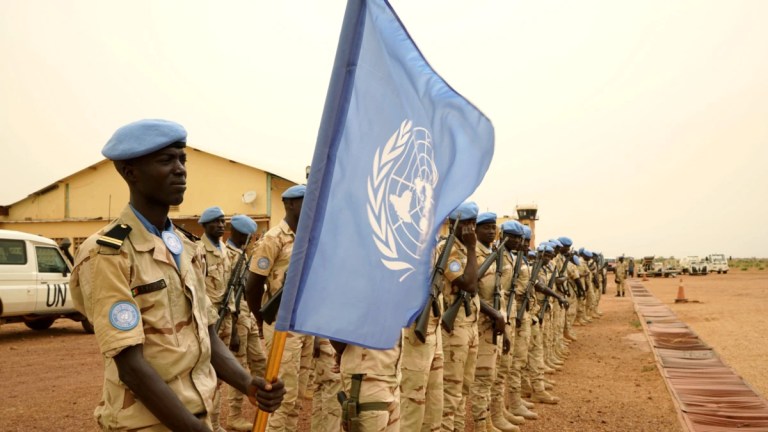 A UN peacekeeper was killed by a mine while on patrol in restive northern Mali on Sunday, according to El Ghassim Wane, the leader of the UN MINUSMA Mali force.

According to a MINUSMA officer who spoke on the condition of anonymity, the peacekeeper slain was a member of the Guinean contingent in MINUSMA. “He was wounded at first and died of his injuries at our Kidal hospital,” he said.

One hundred and seventy-five of its peacekeepers have been killed in hostile acts.

“Terrible news that adds to the long list of our colleagues who lost their lives during their service in Mali,” MINUSMA Mali force chief El Ghassim Wane wrote on Twitter.

One of the rebels’ preferred weapons against MINUSMA and Malian forces is improvised explosive devices (IEDs). They also murder civilians on a regular basis.

In August 2020 and May 2021, Mali, a poor and landlocked country in the Sahel, experienced military coups.

Since 2012, when separatist and Islamist insurgencies erupted in the north, the political crisis has been accompanied by a significant security crisis.

To combat the Islamist danger that has expanded to neighboring Burkina Faso and Niger, the country is now ruled by a junta that has turned away from France and its allies and turned to Russia.

The violence has left thousands of civilians and soldiers dead and hundreds of thousands displaced.

Related Topics:UN Peacekeeper Killed in Mali
Up Next

East African Leaders Call For Ceasefire Between DRC and Rwanda