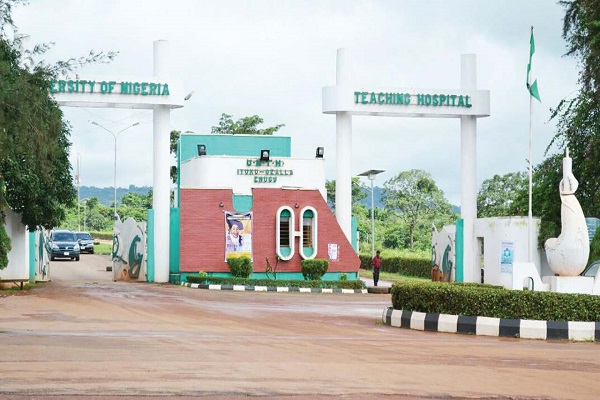 Relatives of patients seeking admission in the University of Nigeria Teaching Hospital (UNTH) Enugu for treatment will have to sign comportment forms.

This was following a reported attack on a doctor by a patient’s relatives now at large.

The affected doctor (names withheld) was attacked and reportedly beaten to pulp by relatives who were allegedly not satisfied with the way and manner their relation/patient was attended to at the hospital.

In an update provided after an emergency meeting of the Association of Resident Doctors,(ARD) University of Nigeria Teaching Hospital (UNTH), the association condemned the renewed attack on doctors on duty by patients’ relatives.

The UNTH ARD led by Dr. Jide Uzoigwe said it had “observed with dismay the recurrent cases of assault of our members while on duty inside the hospital by patients’ relatives.”

The security update signed by Dr Chinazom Ekwueme, the Secretary, ARD UNTH Security Committee, said one of the measures being put in place to forestall such an occurrence in the future was that “Comportment forms shall be provided to be signed by the patient’s relatives before admission of patients”.

The doctors said, with this, the recurrent attack on their members who are on legitimate duty would no longer be tolerated.

According to Dr. Ekwueme: “the President, Dr. Jide Uzoigwe constituted a security committee with Dr. Emmanuel Ogbu as the Chairman.

“The Committee has been working together with the hospital management to ensure the resolutions are implemented.

“So far, our demands are being attended to by the Hospital management within the timeline we gave. It has commenced the fixing of appropriate locks on all call rooms within 48 hours after our emergency meeting, which was May 31, 2022.

“We are also glad that the police and other security agents have launched a manhunt for the culprit who assaulted one of our members. We are hopeful he will soon be apprehended to face the full wrath of the law.”

While calling for an overhaul of the hospital security to address the development, the doctors also demanded the “provision of able bodied, educated, age-appropriate, and well-equipped security personnel at strategic points like Accident and Emergency Unit, Children’s Emergency Unit, Newborn Special Care Unit and all the major wards and clinics in the hospital.

“Mounting of posters and flyers at strategic points in UNTH stating the consequences of assaulting a health worker on duty.

“Provision of adequate lighting (solar preferable) at all corridors and corners of the Hospital.”

The ARD warned the general public “to desist from assaulting any doctor, health worker and in fact any staff of the hospital,” stressing that “any grievance should be channeled via the appropriate quarters.”

Related Topics:UNTH demands comportment forms to admit patients
Up Next