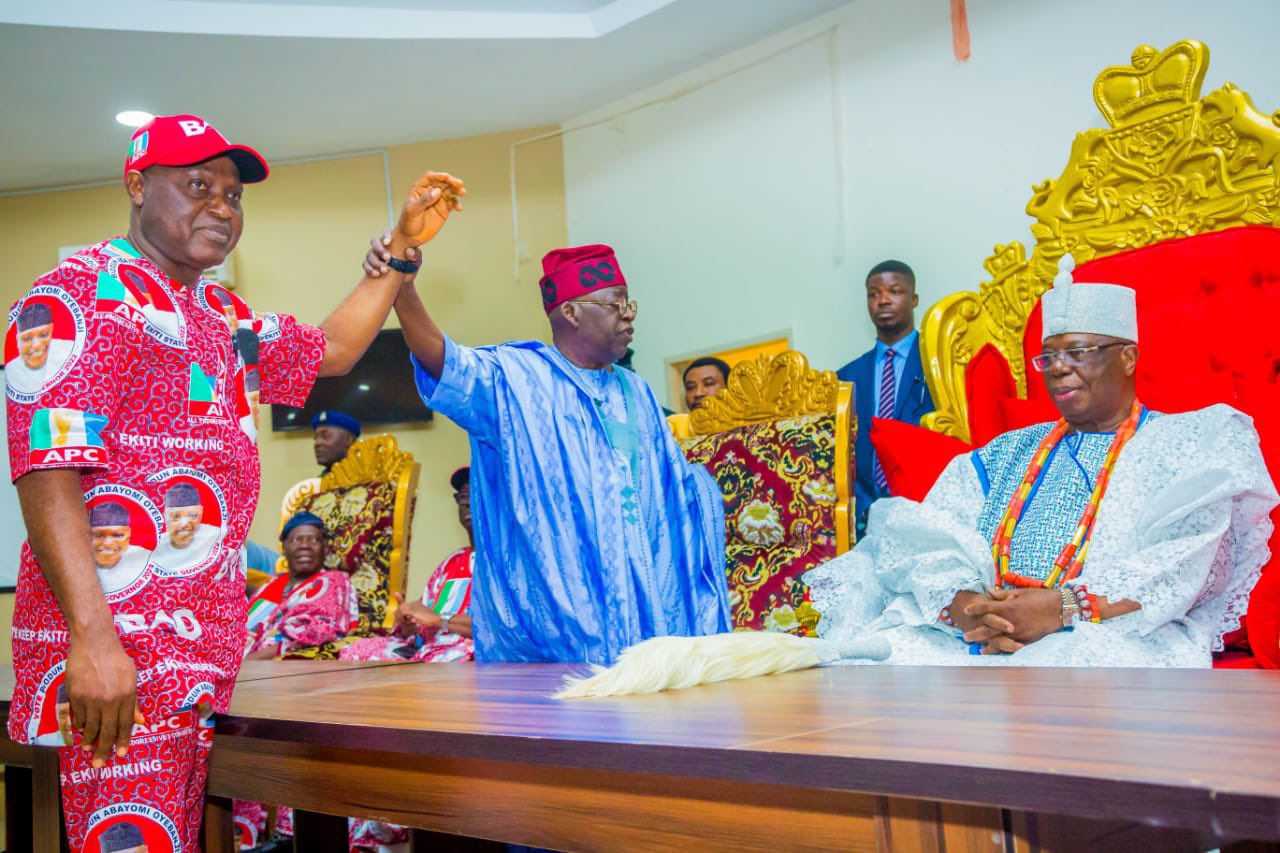 Asiwaju Bola Ahmed Tinubu, the National Leader of the All Progressives Congress and Presidential Candidate, has congratulated Ekiti State Governor-elect, Mr. Abiodun Oyebanji, and the party on winning the governorship election on Saturday, June 18th, 2022.

While celebrating the electoral feat achieved by his party in Ekiti State, Asiwaju Tinubu commended Oyebanji for the steadfastness and passion he brought into the campaign, which he said paid off with the emphatic and outstanding victory.

Tinubu was also full of praise for the party’s governors and members of National Working Committee of APC under the leadership of Senator Abdullahi Adamu for recording their first major electoral victory, charging them not to relent in their efforts to lead the party to greater victory in 2023 general elections.

The APC presidential candidate said: “I congratulate our Governor-elect Abiodun Oyebanji and his Deputy, Mrs. Monisade Afuye, for their great success at the election.
This victory is our victory as members of the All Progressives Congress.

I salute the people of Ekiti State for voting for progressive leadership and continuity. I commend the leadership of our party for leading APC to this major victory in Ekiti. Also deserving of praise are our party’s governors led by their Chairman and Governor of Kebbi for their hard work and tenacity to achieve victory for the party.

This feat should motivate and inspire us as we go for more victories in the coming elections.

“I must commend the now outgoing-Governor, Dr. Kayode Fayemi, and his team whose progressive leadership in Ekiti made it possible for APC to retain government for the next four years. I am confident that the Governor will finish well and strong.

“While thanking the people of Ekiti once again for standing by APC, I urge them and indeed the generality of Nigerians to continue to maintain their faith and confidence in our party. ”