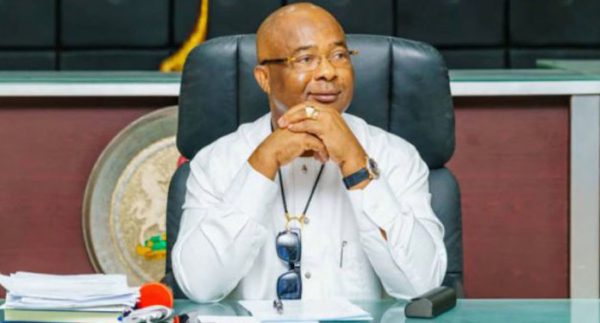 Imo State Governor, Hope Uzodimma has stated that the south-east was denied the opportunity to produce the next president owing to a lack of equity.

Uzodimma spoke on Wednesday when he featured on Sunrise Daily, a Channels TV programme.

There has been a clamour for political parties to zone their presidential tickets to the south-east.

In May, the Peoples Democratic Party (PDP) conducted its special convention, but Atiku Abubakar, who is from the north, was elected as the party’s presidential candidate.

The presidential primary election of the All Progressives Congress (APC) is currently underway in Abuja, but two hopefuls, Bola Tinubu and Yemi Osinbajo who are from the south-west are leading the race.

Speaking on Wednesday, Uzodimma who is the chairman of the APC special convention, stated that the south-east should produce the next president, but they will not because of injustice.

“From the view of political calculation, the sentiment of the people in the south-east is that they deserve to produce the president because the reason why this power is moving from the north to the south is that the current president is from the north having served for daughter years,” he said.

“The natural thing to do and the justice of the case is that now that power is coming again to the south and since it is only three geo-political zones that made up the south, it should come to the south-east, having been in the south-west and south-south.

“In a situation where equity should be the issue we (south-east) don’t need to struggle for it. But here again, you see how it has come. We will continue to hope that one day God will touch the heart of our brothers and sisters to do that which belongs to us.”

Related Topics:Uzodimma: South-East Should Produce Next President — But There’s No Justice
Up Next