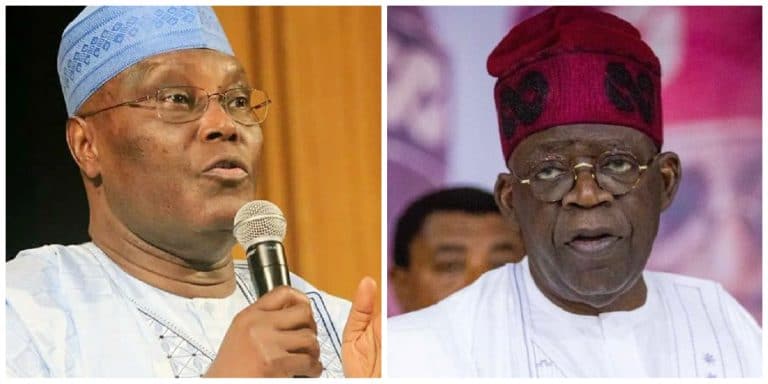 While the camp of the Presidential candidate of the Peoples Democratic Party, Atiku Abubakar have narrowed down on the governor of Delta State, Ifeanyi Okowa for Vice President.

Much attention has been paid to the choice of the vice-presidential candidate since the major political parties held their presidential primary.

It is believed that the choice of the vice-presidential candidate would have a major say in the victory of political parties in the 2023 general election.

Tracknews had earlier reported that the Independent National Electoral Commission fixed June 17, as the deadline for candidates to submit the names of their running mates.

Sources that spoke with Daily Trust on the pressing issue disclosed that Shettima who played a key role in the campaign of Tinubu has been penned down.

The source said, “Asiwaju is comfortable with Senator Shettima, not only because of his contribution towards his emergence but he feels the former Borno governor is acceptable to all in the country because he has built bridges across all the divides in the country when he was governor and also when he went to the National Assembly as a senator.”

Another source in the presidency disclosed that Shettima has the support of three Governors in the ruling party in the North East.

It is believed that he supported President Muhammadu Buhari’s programmes and policies while he was governor of Borno.

The source said, “Buhari is not averse to the candidature of Shettima.

“The former Borno governor has been one of the frontline supporters of the president. He brought serious votes in 2015 and 2019 for the success of the president not only in Borno but in other North-East states. Also, the three governors in the North East (Babagana Zulum of Borno, Mai Mala Buni of Yobe and Muhammed Inuwa Yahaya of Gombe) are all sympathetic to Shettima’s candidature.

According to him, if considered, Shettima will make the “Tinubu presidential ticket inclusive, demographically sensitive and politically correct.

“Shettima ensured the reign of religious harmony in Borno State and spent more than a billion naira to rebuild churches destroyed by the Boko Haram terrorists and singlehandedly sponsored more Christian pilgrims to Jerusalem than Christian Benue, Plateau and Taraba.”

There are, however, speculations that three governors from the North-West geopolitical zone, the Governor of Kano State, Abdullahi Umar Ganduje, Kebbi State Governor, Atiku Bagudu and the Governor of Jigawa State, Mohammad Badaru Abubakar are also eyeing the seat.

The source added, “But the fact is that the APC is looking at the direction of the North East to produce the running mate to deplete the chances of PDP candidate Atiku.”

However, some elements of the Congress for Progressive Change (CPC) are planning to meet President Buhari to recommend the Attorney-General of the Federation and Minister of Justice, Abubakar Malami or the minister of Aviation, Hadi Sirika as Tinubu’s running mate.

The source said, “The CPC elements are planning to approach President Buhari to seek for his intercession to endorse either Abubakar Malami or Hadi Sirika as the running mate.

“But there is the high probability that the president will repeat what he did ahead of the APC special convention; he will listen to all but he will most likely allow the candidate to have a say in who he wants to work with…They would collectively work in producing the right candidate who will bring votes and acceptability because the ultimate goal is for the APC to retain power.”

It is believed that Tinubu would meet with President Buhari tomorrow on the issue of running mate is among the issues to be discussed.

A source close to the presidential candidate said they were shocked when Kingibe forwarded the names through Kebbi State Governor, Atiku Bagudu.

The source said, “It is true that three names have been forwarded by Ambassador Babagana Kingibe to Governor Atiku Bagudu for onward delivery to Asiwaju for consideration for the office of the vice president.”

Another source said they are still trying to find out on what grounds Kingibe was nominating anyone.

The source said, “Even though he is reportedly part of the cabal, what is in the open is that they have a different candidate for the presidency who did not win…We are therefore appalled that he has nominated some people to Asiwaju considering that he is not holding any position. We suspect that he is not alone in the move.”

On the part of the presidential candidate of PDP, Atiku is expected to nominate the Governor of Delta State, Okowa for the position of vice president.

It was gathered that a committee constituted to assist Atiku in searching for a suitable running mate, chaired by General Aliyu Gusau, a former National Security Adviser (NSA), has submitted its report.

It is believed that the committee has recommended Okowa as well as two others, Rivers State Governor, Nyesom Wike and Akwa Ibom State governor, Udom Emmanuel for consideration.

The source, however, said the former vice president is more comfortable with the Delta State governor given the role he played during the party’s presidential primary.

The source disclosed, “Okowa mobilised resources for us during the primary. He is the preferred contender even though others are making case for Wike and Udom.”

Related Topics:Atiku On OkowaVice Presidential Candidate: Tinubu’s Camp Narrows Down On Shettima
Up Next