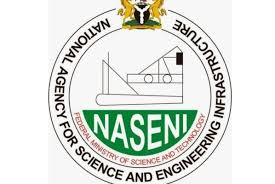 While receiving an award from Nigerian Academy of Engineering at a dinner dinner held in Lagos, Haruna claimed that the Institute has carried out research and design in the areas of manufacturing of first made-in-Nigeria helicopter; first unmanned Aerial Vehicles (UAV) for agricultural purposes and security surveillance.

He announced that NASENI has finally designed and manufactured first electronic voting solution which has capacity to solve voting and coalition hitches in the nation’s political system and other innovations.

He made it known that at the time of COVID-19, NASENI was the first government’s agency which carried our research, design and successfully manufactured disinfectants used in taming the outbreak of the disease.

The Group Managing Director of the Niger Delta Exploration and Production Company, Adegbite Falade, spoke on the vitality of build more output that would enable domestic consumption.

He urged that there was need to be proactive about it. To him, the configuration of the nation’s oil and gas has been around monetising “our resources by export sales and this was done to underpin the interest of International Oil Companies (IOCs) who needed our industry more for energy security in their own countries.”