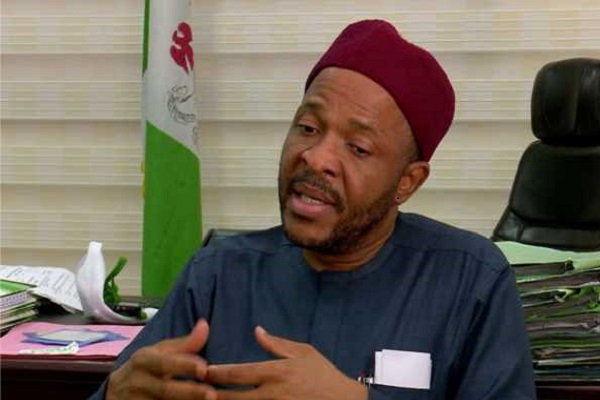 A presidential aspirant of the All Progressives Congress (APC) and former Minister of State for Education, Chukwuemeka Nwajiuba, has explained why he was absent at the party’s primary in Abuja.

Nwajiuba was conspicuously absent when he and the other 22 aspirants were called to the podium to deliver speeches on Tuesday night before commencement of voting at Eagle Square, venue of the APC presidential primary.

The former Minister cited the party’s refusal to zone the presidential ticket to the South-East for his absence.

He made this known via a statement on Wednesday by his relative, Prof. Chinedum Nwajiuba.

Nwajiuba, who hails from Imo State, stated: “The understanding from the highest levels prior to his involvement, and considering his role in the founding of the APC, was that of consensus as was with the National Chairmanship a few months ago.

“With that understanding, the presidential ticket was to come to the South, and the South-East.

“This has been the hope till the end of the negotiations. He, not wanting to be part of the Dollar and Naira bazaar, is convinced that what Nigeria needs now is no more of the same thing that has kept Nigeria at the low level it has been.

“Our challenges as a country cannot be addressed at the same energy level by which they were created.”

Related Topics:by NwajiubaWhy I was absent at APC primary
Up Next