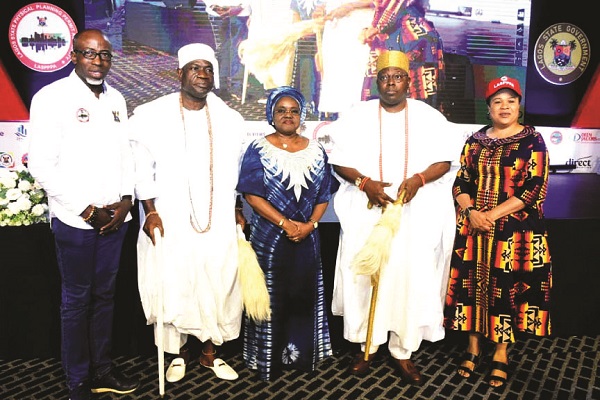 Its General Manager, Mr. Kehinde Osinaike, stated this during a road show.

He said compliance with physical planning laws would assist to reduce to the barest minimum loss of lives and property, which could have been avoided if proper approvals were sought and genuine professionals engaged for construction work.

“What we are trying to tell the good people of Lagos is that there are enormous benefits inherent in voluntary compliance,” he said.

Osinaike said the benefits of compliance with planning permit outweighed the consequences, hence, the need for residents to embrace it.

According to him, building collapse and haphazard development usually occur wherever compliance is ignored.

He said: “One of the benefits of voluntary compliance is that it will help us to ensure that there is safety in terms of lives and property. Two, is that buildings will also be constructed in consonance with our extant laws and thirdly we be able to ensure that the right professionals are always on site during and after construction.”

Osinaike said the advocacy would be sustained “until everybody is brought to compliance voluntarily.”

He said the objective of government was to ensure that physical planning were carried out in a way that would not endanger lives and property.

He said non-compliance would attract sanctions, including sealing of construction sites, payment of penalty fees, imprisonment and outright demolition, if the building was defective.

According to him, it is mandatory for residents to obtain planning permit before embarking on any construction, after which they should approach the Lagos State Building Control Agency (LASBCA) to obtain other required documents.

Deputy Director, LASPPA, Mr Musa Okuniyi, who is a town planner, listed the three important documents which developers and individuals should present before getting planning permit.

Okuniyi said those who built without requisite approvals could correct the errors by visiting LASPPPA for assessment and approvals.

He advised residents to always crosscheck with LASPPPA before purchasing any land so as not to fall into the trap of buying land that cannot be developed or used for intended purposes.

During the event, officials of LASPPPA were in a motorcade, sensitising residents with the use of public address system.

Aside distributing fliers, they also visited some construction sites to sensitise workers and sealed some building projects with serious infractions.

The agency also used music and dancers to attract people to the awareness campaign.

He promised that LASPPPA would not relent in sensitising the populace and in engaging professionals in the built sector until everyone is brought to compliance voluntarily.